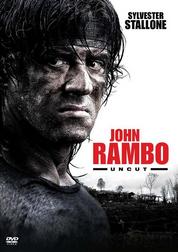 Synopsis: In Burma a civil war is causing countless deaths on a daily basis. But John Rambo isn’t interested in war anymore. He lives a quiet life in Thailand and doesn’t care about the world. But one day christian missionaries want to rent his boat to get into that war zone. And when they don’t return he does what he was born to do.

My Opinion: A very bloody movie. Make sure you have a bucket under your TV to catch all the blood that is dripping out of it. But it’s also a very honest movie; it does not hide or glorify the truth of battle. After the first, this is the best Rambo movie and it brings the story full circle. I don’t think Stallone should make another one. Just like with Rocky he finished the story of the character in a satisfying way and he should leave it at that. 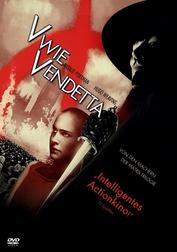 Synopsis: England has become a totalitarian society. The world lies in ruins but “England prevails”. The High Chancellor -with the help of his Fingermen – rules with absolute power. Anyone who opposes him gets incarcerated and/or killed. But then there’s V. V is more than a man. V is an idea and you can’t kill an idea.

My Opinion: For me this will always be 1984 Part II. I always enjoyed the special irony that John Hurt played the protagonist in the original movie has become the antagonist in this one. I also love V’s blunt honesty. Actually I love everything about the character and Hugo Weaving’s portrayal of him. E-V was great, too.
Stephen Fry became a relevant name to me when he read the British Harry Potter audio books and this was the first time I ever saw him. I didn’t even know he was an actor until that time. Since then I have watched a lot of Youtube videos with him (and Hugh Laurie),

And for those of you who had difficulties to understand V’s elaborate style of speaking, here’s a translation.

Remember, remember the fifth of November
Gunpowder, treason and plot.
I see no reason why the gunpowder treason
Should ever be forgot.

Babylon 5: In the Beginning 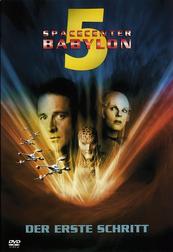 Synopsis: In the Earth year 2278 the emperor of the Centauri Republic, Londo Mollari, is telling the story of the great Earth-Minbari war that nearly led to the extinction of mankind. A misunderstood gesture made an Earth Alliance cruiser fire upon a Minbari vessel, thereby killing their leader. The Earthlings have awoken the dragon and it is furious.

My Opinion: I believe this movie also works if one has never seen a single episode of the show. But if you intend to watch the show you should not watch this movie before because it is highly spoilerific and would diminish your enjoyment of the show. And even though it’s slightly retconning the show’s history with characters meeting here for the first time, I think it’s the best TV show TV movie I’ve ever seen. It was one of my first DVDs and I have watched it countless times. “They never ran out of courage. But in the end, they ran out of time.”
And once again my alien-mask-senses were tingling. One of the Minbari was played by the same guy who played Byron in the fifth season; that was no biggie. But I also knew the other one from somewhere. The eyes and lips, I knew them – but from where? Of course! Ethan Rayne!!

Synopsis: The Romulan mining ship Narada has accidentally travelled back in time after their home world had been destroyed. Now the crew wants revenge with whom they deem guilty of this: The Vulcans and Spock in particular. But they arrived in a point in time where Spock is but a small boy and the famous James T. Kirk hasn’t even been born yet. And when they destroy the USS Kelvin, they change the timeline forever. Will Kirk ever be captain of Starfleet’s most famous ship?

My Opinion: If you ask me this movie was the best that could have happened to the dying Star Trek franchise. It’s not perfect, I’ll give you that (Why not insert a “Three Years Later” right before the end scene?) but it plays in a totally different league than the abysmal Nemesis. I loved all the characters and they have received an appropriate persona upgrade. And I have no problem with still enjoying my Wrath of Khan / Voyage Home / Undiscovered Country / First Contact whenever I want. I only hope that the Star Trek numbering curse is broken and not just inverted (that now the odd numbered are the good ones). 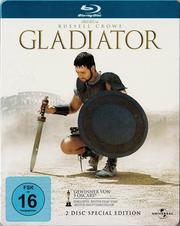 Synopsis: The general who became a slave. The slave who became a gladiator. The gladiator who challenged the emperor. Basically the tagline of the movie but it pretty much sums it up. General Maximus was supposed to give Rome back to the people but the son of the emperor had other plans, mainly: becoming emperor himself. Their fate won’t be decided on the battlefield but under the eyes of the cheering crowd in the arena that is the Colosseum.

My Opinion: This movie is the reason I never bought Spartacus or Ben Hur on DVD. I’ve seen them quite a few times when I was young but I fear they can’t hold up with this one anymore. In the beginning I didn’t even want to watch it because I thought the age of sword & sandal movies was over but I was wrong. It’s an awesome movie, I love the story and I love the action. “Is Rome worth one good man’s life? We believed it once. Make us believe it again.” 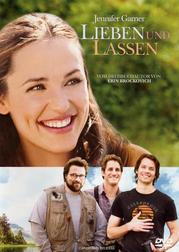 Synopsis: Shortly before their wedding Gray’s fiancé was killed in an accident. His (and her) old friends try to comfort her when she moves in with them. But then she begins to learn things about him she never knew; with the biggest shock being that he’s already a father. And while she tries to cope with all that she falls in love with his one friend she never thought she would even like him.

My Opinion: I enjoyed this movie very much. I thought the entire ensemble delivered very well. I really liked that it didn’t just have the major love couple but also the supporting characters were also involved in love activity. I really liked the “meta irony” to see Kevin Smith’s character around someone who doesn’t swear at all and he can’t either. Of course this movie is – like most of its genre – clichéd, but I wouldn’t want it any other way. I also think that it is – despite it following the standard romance plot – a nice change due the background story and the “other woman” (who happened to be played by Juliette Lewis…).