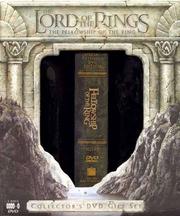 Synopsis: 3000 years ago an army of Men and Elves defeated the dark lord Sauron. But his power was embedded in the One Ring, and that was not destroyed. The Ring found its way into the hands of Frodo Baggins, a Hobbit. And now the task of destroying it became his. But the Ring can only be destroyed where it was made: In Mount Doom in the heart of Mordor and there Sauron and his armies are rising again. His journey begins in the Shire, the homeland of the Hobbits and leads from there over Bree, Rivendell (the home of Elrond), Moria (a dwarf mine deep in the mountains) and Lothlórien. But Frodo is not alone on this journey; he’s accompanied by friends and allies of all races who stand against the dark forces: Hobbits, Elves, Dwarves, Wizards and Men.

My Opinion: I love this trilogy, maybe even a bit more than Star Wars but I am still undecided on that. I’ve read the books both in German and English but I have to say I like the films better. Most of the actors are really great, especially when they deliver speeches. The only somewhat problematic actor is Elijah Wood, especially in the later movies when Frodo becomes more and more influenced by the Ring. One gets the feeling he has only one facial expression left.
But still: Great story, awesome Middle-Earth nature shots and superb special effects (even when they sometimes forgot to put a CGI arrow in Legolas’s bow 😉 ).
I also don’t mind the deviation from the books, e.g. no Tom Bombadil. It doesn’t really have an effect on the story at all; the only thing I really noticed was that they didn’t explain the origin of Merry’s sword which is important in the Battle on the Pelennor Fields. (In the books they find the weapons in old grave hills, they were forged to be used against the Witch-King of Angmar (leader of the Nazgûl) when he was still a man. That’s why Merry could stab and wound him and then he could be killed by Éowyn in Return of the King.)

The Lord of the Rings: The Two Towers 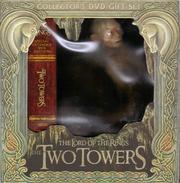 Synopsis: The fellowship has broken. Frodo and Sam are looking for a path into Mordor and they get unexpected help in the form of Gollum who has been a ring-bearer for nearly 500 years before Bilbo Baggins got the ring. But the enemy does not know this. Saruman thinks Merry and Pippin have it and his Uruk-Hai are bringing them to Isengard. Aragorn, Gimli and and Legolas are following them and they get also unexpected help. And they need it dearly since Saruman is unleashing his armies onto the kingdom of Rohan.

My Opinion: Of all the music in the LOTR movies I like the themes regarding Rohan and its horse-riders best and besides Aragorn, Théoden king is the best speech giver in the movies, may it be the one before the charge out of the Hornburg or the one before the charge on the Pelennor Fields. Forth Eorlingas!
But my favourite dialog scenes in this movie are the dialogs/monologs between Gollum and Sméagol, Andy Serkis did a great job there.
And my favourite change in comparison to the book is the addition of Haldir and his Elven archers to the Battle of the Hornburg. They honour the alliance once forged between Elves and Men. But I am also glad that they cut out Arwen’s appearance again, that would have been a bit too much.

The Lord of the Rings: The Return of the King 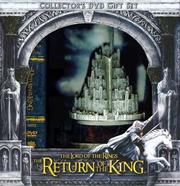 Synopsis: Frodo, Sam and Gollum have found a secret yet dangerous path into Mordor which leads them in close proximity to Minas Morgul from where Mordor’s armies are starting their final attack on Gondor. And while Saruman’s army was beaten on the Hornburg the war is far from over. Rohan and Gondor have to stand united or they will fall. And even then it might not be enough to beat Sauron. Their only hope is to draw his armies out and give Frodo and Sam a chance to reach Mount Doom.

My Opinion: Oh boy, what a number of battle scenes. But my favourite scenes were again the panorama shots: When the 6000 riders cleared out of their camp and when they charged the Pelennor Fields. But my favourite scene is when Pippin lights the beacon of Amon Dîn and then the other beacons are lit all the way to Edoras. But I wouldn’t want to have the job to to sit a mountain top and to stare at another mountain top whether there was a fire lit or not. 😉
What I also liked was the (for a film) unconventional ending with its “25 endings” similar to the book even though they left out the liberation of the Shire. And once again a few tears rolled over my cheeks when Frodo and Gandalf departed from the Grey Havens towards the undying lands of Valinor. 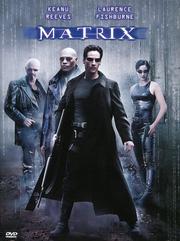 Synopsis: By day, Thomas Anderson is a software programmer in a respectable company. By night, Neo is a hacker. For years he’s been searching for an answer to a question that is gnawing in his mind: What is the Matrix? The answer to that question is beyond anything he could have imagined and will change his life forever. And it will change not only him, but the world.

My Opinion: It’s still a great movie and was certainly a milestone in film’s history. Just the amount of movies that have re-used or parodied the bullet-time effect is incredible. The effect scenes like the shoot-out in the foyer or the final battle between Agent Smith and Neo are wonderfully choreographed. And you can even see the details because there are not 20 cuts and angle changes in 30 seconds like in more modern action flicks. 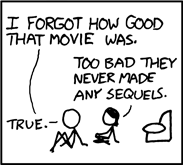