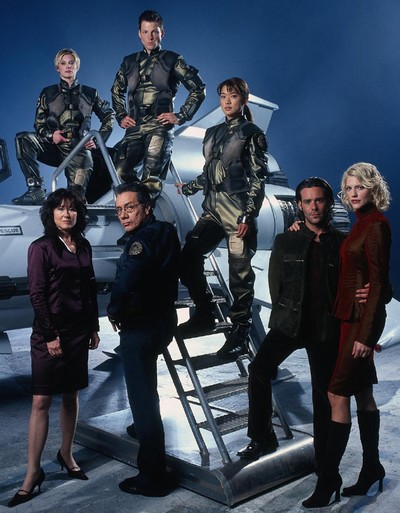 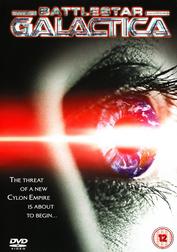 Synopsis: Many years ago the Humans in the Twelve Colonies of Kobol build themselves advanced machines that would work for them. But these machines developed and one day they began a war against their masters.
40 years has it been since the war has ended and the Cylons disappeared. Now they are back and they want the total annihilation of mankind. They have hacked into colonial defences and disabled it. The attack comes swift and deadly. Only a handful of ships under the lead of the Battlestar Galactica survives this holocaust. Now they want to find the mystical thirteenth colony of Kobol: Earth.

My Opinion: When I heard that there would be a new Battlestar Galactica series, I was excited. This series is nothing like the old one except for the basic story. Some of the characters have changed gender and/or skin colour, their names have become call signs and Adama is no longer the lone leader of the fleet. He’s now a military commander who was about to retire. The role of the civilian leader was taken by President Laura Roslin who is a counterpoise to Adama. Also, the characters aren’t so upright anymore: Lee “Apollo” Adama dislikes his father because of what happened to his brother, Kara “Starbuck” Thrace hits “superior assholes” once in a while, Colonel Tigh is a drunk, Baltar is the egocentric scientist who inadvertently let the Cylons into the defence mainframe and Sharon “Boomer” Valerii is a Cylon sleeper agent. Ah yes: And some Cylons look like Humans now. Of these 12 human models we know 4 so far.
What I like about this mini-series and the following series was that they didn’t overdo the Sci-Fi elements. When they use FX it looks great but they decided to don’t make everything futuristic. The interior and the normal stuff looks pretty much normal. No fancy laser pistols, no communicators, no spacy music instruments.