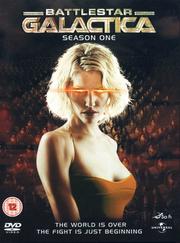 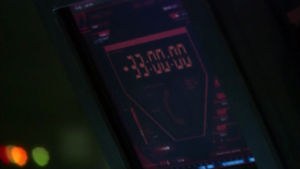 Synopsis: The Cylons somehow always know the position of the fleet and follows it mercilessly. 33 minutes after the fleet has arrived at the new jump coordinates a Cylon fleet arrives also and starts to attack. The fleet has just commenced its 237th jump and the pilots and the crew of the Galactica have been awake for more than 5 days straight without relieve or pause. They have to put an end to this or they will make one final, deadly mistake.
Meanwhile another Number Eight (numerical designation of human copies that look like Boomer) pretends to have come back to Caprica to get Karl “Helo” Agathon out of there.

My Opinion: This was a great start to the show because you are thrown right in. One doesn’t know how much time lay between their jump over the “red line” and the first time the Cylons found them again but it can’t have been much. And then we see them already 5 days into this 33 minutes rhythm, all exhausted and on duty for over 130 hours and no hope of release except death. It was only the first of many hard situations to come but it showed directly that this won’t be an easy journey. 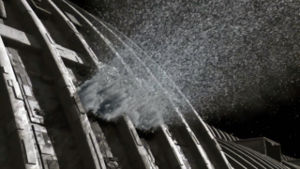 Synopsis: When Boomer (a Cylon who doesn’t know she is one) regains consciousness she finds herself soaking wet and she also has a plastic explosive plus a detonator in her hands. When she secretly brings it back she discovers that 6 more are missing from an arms locker. Soon after a huge explosion erupts in Galactica and 60% of the water tanks are emptied into space. If the fleet doesn’t find a new water source it won’t survive.

My Opinion: This was also a good episode, I liked it how Boomer struggled with herself, how she tried to override her Cylon programming without even knowing that it’s there. I also liked it how both Adama and Roslin didn’t really like the ceremonial pomp but both did it to make the other one feel better. I also took notice of Alex “Crashdown” Quartararo for the first time, because now I know his actor Sam Witwer from the eight season of Smallville. 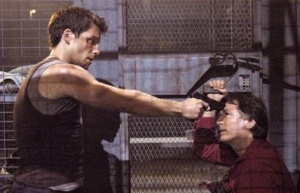 Synopsis: They have found water, but in its liquid form it is to salty to be used, but there are also huge masses of frozen fresh water. It will be hard and dangerous work to mine that water and Apollo offers freedom points for the men on the prison ship if they are willing to help. But the prisoners stand united behind former terrorist Tom Zarek who uses the situation to take hostages and demands elections.

My Opinion: While I liked to see the classic BSG alumni Richard Hatch (Apollo in classic BSG), I never cared much for Tom Zarek or his “mission”. At no time this character was somehow likeable, he’s simply a bad guy who happens to be human. This was also the first episode that Starbuck becomes an all-purpose Swiss knife (Is that a pleonasm?) because otherwise there would be no reason why she would lead the marines to rescue the hostages and it’s also her who carries the sniper rifle. But I am not mad about this, because it gives her more screen time. 😉 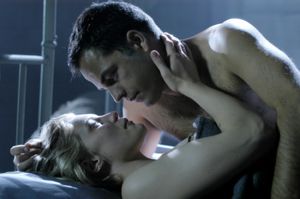 Synopsis: An accident on the landing deck occurs which kills twelve Viper pilots and injures seven more. Adama gives Starbuck the task of training pilots to become Viper pilots since Starbuck had been an instructor before the war. What Adama doesn’t know is that Starbuck passed Adama’s son Zek in basic flight even though he should have failed because she was engaged to him. Soon after he died in his plane.

My Opinion: Another thing I like about this show: Past events are rarely forgotten, no pushing of the reset button after the episode has ended. And also the occasional flashback to a pre-war Caprica. This episode also introduces two new pilots: Brendan “Hot Dog” Costanza and Louanne “Kat” Katraine and the latter one will become a worthy challenger of Starbuck’s and she will call Starbuck out when no one else dares to. Starbuck needs that on occasion and that’s why I like Kat.