A cool sitcom (without laugh track) about a bunch of students in a Community College.
As with most shows, it needs a few episodes to settle in, but I really liked it from the start. The dynamics within the group is so great because they have such heterogeneous backgrounds. If it weren’t for that college, these people probably would have never met. That’s were a lot of the fun comes from. 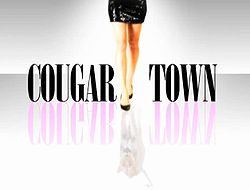 A sitcom (again without laugh track) about a divorced mum, her teenage son, her ex-husband, her neighbour friends and her assistant/friend.
The show started out as exactly what it says on the tin but moved quickly away from it. Which was a good idea. They are probably going to rename it next year. All the characters are very quirky with Jules being the queen.

The Glee Club at a high school.
I’ve watched the first two episodes but it just wasn’t my terrain. It seems to be a big hit in the U.S. but I simply can’t see the appeal.

Alicia Florrick is the wife of a former D.A. who has been charged with crimes regarding the misuse of the powers of his office. Now Alicia has to work again and she starts as a junior associate at a law firm of an old friend.
I really enjoyed this year, it was a good drama show with a lot of interesting characters. And it’s never clear-cut, not black/white. Just like reality.

Christopher Chance (not his real name) works for people who need a bodyguard of the special kind.
This is a popcorn show. You watch it, you enjoy it and you don’t think about it. If you watch it, you’ll enjoy it most of the time. If you don’t watch it, you haven’t missed anything.

Deputy U.S. Marshall Raylan Givens has been transferred back to his old hometown in Kentucky where he meets his ex-wife and his old flame who just shot her husband. And that’s not the only baggage he’s having.
The first season as a few more episodes but I really like it. All the characters have depth and it’s obvious that there’s a bigger plan and not just writing on an episode-to-episode basis. 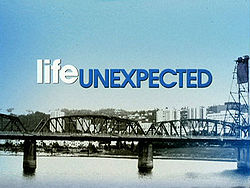 A teenage girl wants to escape the Foster system and finds her real parents. And they try their best to give her a home.
Sometimes it’s corny, but I really enjoyed the show. The characters are all interesting and while the show progresses they move away from the concept that the episode has to end on a high note. 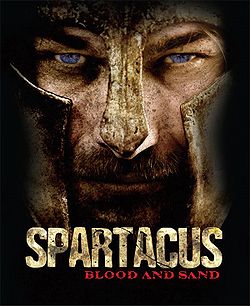 Spartacus is the name he was given by his Roman captors. Now he’s a gladiator and he’s fighting to get his freedom back and to see his wife again.
A very graphic show (in all aspects) that has an actual story behind all the blood and the sex. Should the Vampires of True Blood ever have a blood shortage, they could come here.

A group of military personnel and civilian scientists make a one-way travel onto a ship in a galaxy far away. Now they try to discover the secrets of the ship, of that galaxy and they try to get back home.
It’s not just because it’s different from its predecessors SG-1 and Atlantis. It’s because the characters make no sense most of the time (like starting rebellions when there’s nothing real to gain) and also because most of the time nothing happens. And even when something happens, it’s not interesting. I haven’t even watched the last few episodes anymore and I doubt I ever will.

Basically a spin-off of the movie Catch Me if You Can. A former con man works now for the FBI, solving crimes.
Peter and Neal have an interesting relationship and their cases are also interesting. And the co-characters like Peter’s wife and Mozzie also have their charm. Just like the guys from Leverage Neal is a con man with style.