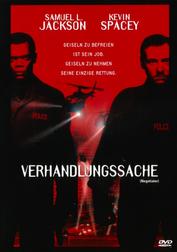 Synopsis: Danny Roman is a negotiator for hostage situations for the police and he’s one of the best there is. One day he gets framed for stealing money from the police pension fund and it looks like he’s going to prison for it. He sees no other choice than taking hostages himself, to force the issue and to find out what really happened and who was involved. His negotiator is Chris Sabian from the other side of the city and he’s also very good at what he does.

My Opinion: A fascinating thriller with an excellent cast. I’m not a big fan of thrillers but this is a movie I watch regularly. It’s very powerful and still has its funny moments – like the scene where we get introduced to Chris Sabian. I also like the selection of hostages and how they contribute to the case.
Spoiler (mark to read):
An interesting thing about these kinds of movies is that – despite them ending in a happy end – they don’t actually have a real happy end, because if you think it through he still will be charged of taking hostages, destroying a federal building and other stuff. Even if he gets only a slap on the hand, it’s unlikely that he’s ever going to work as a cop again.
But I think that falls in the category of Fridge Logic. 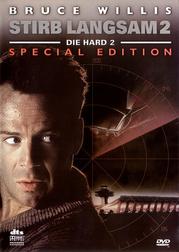 Synopsis: “The same shit happens to the same guy twice.” Another Christmas and Holly is flying in to Washington D.C. where her husband is waiting for her. But a flight designated FM-1 is also scheduled to land – and this flight has an important “passenger”: General Esperanza, a despot and drug lord and he has friends at the airport. And they have no intentions of getting the General be handed over to the justice system. What they didn’t expect was the hero of the Nakatomi Tower.

My Opinion: I like this movie nearly as much as the first one. It hasn’t as good a villain as the first one had, but it’s still a great action movie with a cool story, an awesome body count and a lot of exploding buildings and planes and even more swearing. What’s not to like? 😉 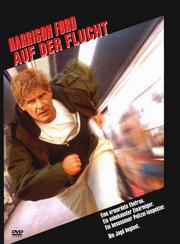 Synopsis: Dr. Richard Kimble has been found guilty of murdering his wife. But he claims to be innocent and when his prison bus collides with a train he gets the chance to escape. But now he has Deputy Samuel Gerard from the U.S. Marshals Service on his tail. Can he stay out of prison long enough to find the killer of his wife?

My Opinion: I’ve never seen a single of the series this movie is based upon but I already like it on its own. Tommy Lee Jones is a great hunter but Harrison Ford is the better hunted. 😉 I like all the action sequences and all the running (lots of running!) but the movie doesn’t forget the actual story and I liked all these small pieces like when he helped that boy in the hospital. I also liked the scenes where it appeared as if they were close to him just to reveal that he wasn’t the target. 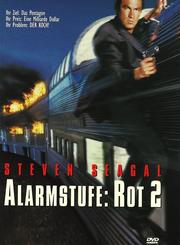 Synopsis: Casey and his niece Sarah are travelling by train across the United States. But aboard this train are also a crazy lunatic and a group of mercenaries who take over a highly secret and highly dangerous satellite that can destroy the entire west coast by causing earthquakes below the San Andreas Fault. Casey is the only one who can stop them before they kill millions.

My Opinion: Steven Seagal is no Bruce Willis but I still enjoy his action movies a lot. He kills ruthlessly and has cool knife-fighting skills. The general plot is pretty much a slightly adjusted template copy of Under Siege but I don’t really care. It’s just fun to watch.
This time was also the first time that the name Katherine Heigl rang a bell. 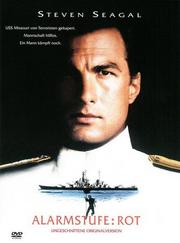 Synopsis: The destroyer U.S.S. Missouri embarks on its last journey from Pearl Harbor to San Francisco where she will be decommissioned. Manned only with a skeleton crew the crew prepares for the captain’s birthday party – including the cook, Casey Ryback. But the party takes an unexpected turn and the ship is suddenly in the hands of mercenaries who want to get their hands on the nuclear warheads from the ship’s arsenal. The only people who can stop them is “just a cook” – and a stripper.

My Opinion: I love this movie. I know it’s cheesy but Casey and Jordan work very well together and Stranix and Krill are really cool bastards. And then there’s of course the jumping-out-of-a-cake scene. 😉
It’s a nice action movie but there’s one scene that upvalues the movie for me and that is the last scene of the movie where Ryback pays his last respects to the captain – in full dress uniform. 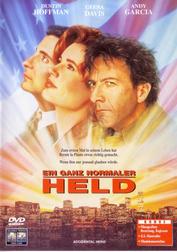 Synopsis: Bernie’s life philosophy is to stay below the radar, to keep a low profile. Unfortunately that didn’t help him when he was caught selling stolen goods for which he most likely will go to prison. But before that happens, a plane crashes right before his nose. And Bernie – reluctantly defying his own nature – helps to save all the passengers. Then he snatches a purse and disappears into the night. And suddenly the whole world is looking for the Angel of Flight 104…

My Opinion: This is a comedy that doesn’t follow the usual plot pattern. Bernie isn’t a nice, charming guy at the end; he’s the same old grumpy character as in the beginning with all his flaws and merits. Actually, the character that changed the most throughout the movie was Gale. Too bad she quit her job the moment she was emotionally ready to be a different reporter than she was before.

The Girl Next Door 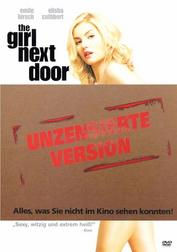 Synopsis: Matthew is the model student at his high school: He’s class president, wants to go into politics and has already gotten into Georgetown University. Then he meets his new neighbour: Danielle. She’s very different from any girl he’s ever met. But he has yet to learn how different she really is. And she has the talent to bring out a side of him he didn’t even knew he had.

My Opinion: I simply bought the movie because 24‘s Elisha Cuthbert starred in it. On the surface it’s just another romcom but due to Danielle’s background it’s not that usual. And even though he makes the genre-typical blunder and affronts her, it doesn’t happen at the usual point in the story and then the movie isn’t over either. I also liked the surprising end and also Timothy Olyphant as the “villain” who isn’t that bad after all.
The juice was worth the squeeze. 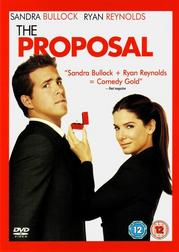 Synopsis: Margaret Tate is a successful yet hated editor-in-chief in a New York book publishing house. Her assistant Andrew puts up with her because he wants to become an editor one day but she keeps him on a short leash. Margaret is not American, she’s Canadian and suddenly she has a problem: Her visa has been invalidated and she’s about to be deported. Her only chance is to marry Andrew who unwillingly agrees to the sham. What looked like a simple business proposal in the beginning becomes harder when she meets his actual family…

My Opinion: Sandra Bullock isn’t the youngest anymore but I think she’s aged very gracefully. I like this movie. It hasn’t that much haha-funny moments where you have to laugh out loud but it has a certain charm that makes you smile a lot when you watch it. And just like with Men in Trees it wins much of its comedy elements from a putting a big city girl into nowhere land.
I also watched the alternate ending and I am glad that they didn’t use it. The movie ending was certainly better.

While You Were Sleeping 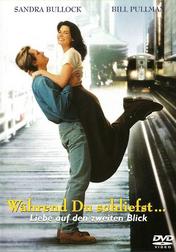 Synopsis: Lucy works in a ticket box on the ‘L’ in Chicago and while he doesn’t notice her, she has noticed and fallen in love with him. And when he’s tossed on the tracks one day she saves him. But it’s only then when the real trouble starts. She is mistaken as his fiancé and since he’s in a coma he can’t clear up this mess and for now she’s just going along with it. But while she pretends to be engaged with the comatose Peter, she’s slowly falling in love with his brother, Jack.

My Opinion: Even though I was aware of the general plot of this movie (I’ve seen it many times before) I didn’t notice the many parallels between this and The Proposal until now. But if at all, it would be a neg for The Proposal, not for this one, since it was here first and there are also quite a few differences.
In order to not having to praise Sandra again (though I could go on for hours if I wanted to 😉 ) let me say a few words about Bill Pullman. I like his characters. There, you had your few words… No, really, I only know him from romances and not so serious movies like Spaceballs and Independence Day but I really like him in these movies and I like him here; he’s way better for Lucy than his brother. 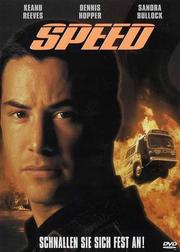 Synopsis: Jack and Harry work with the L.A. Police Bomb Squad and they just managed to save 13 people from a rigged elevator. They believe the bomber to be dead until he calls again. Now he has mined the bus 2525 which will explode as soon as it drives faster than 50 miles per hour and then falls under that speed limit. While Harry tries to find the bomber, Jack tries to rescue the passengers – among them Annie Porter, who drives the bus.

My Opinion: A cool piece of action cinema with a lot of car stunts (and a flying bus!). It’s watch-worthy based alone on the sheer amount of things, cars, planes and subways that get destroyed over the course of this movie.