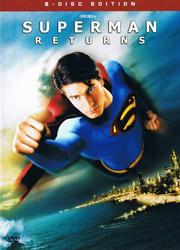 Synopsis: Nobody has seen or heard from Superman in five years. In the meantime Lois Lane has become a mommy and she’s written the Pulitzer-winning article “Why the World Doesn’t Need Superman”. But now Clark is back from what is left of Krypton and he’s needed right now again: Lex Luthor has stolen Kryptionian crystals from the Fortress and wants to build a new continent – at the expense of that small island called North America.

My Opinion: It took me some time to really get used to that movie. Mainly because I was mad at Bryan Singer for abandoning the X-Men project which resulted in The Last Stand. But now with a few years distance, I like this movie.
Some elements are still very comic-like, like Lex’s behaviour at some points of the story but that is fully outweighed by the moments he’s truly evil.
I also like Brandon Routh’s portrayal of Clark/Superman. While Christopher Reeve’s Clark was a bit of a douchebag that I didn’t like very much, they chose to do it differently here. He’s just a nobody who lingers in the background and isn’t noticed by anybody but Jimmy. Lois couldn’t care less about him in any way – which makes it believable that she doesn’t see Superman in him. For me that works.
Speaking of realism (;) ): The one scene I didn’t buy was when Superman lifted that island out into space while he still had a piece of Kryptonite stuck in his side and was exposed to the other K in the island. If Lex can beat him up just because he’s around it, he should have never been able to lift that weight. So much for in-universe consistency… 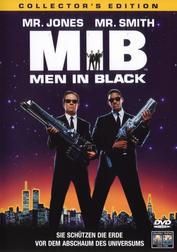 Synopsis: Officer James Edwards is a normal NYPD cop until he meets a guy who has two pair of eyelids (one of them are gills) and when he learns that the guy who fences stolen watches also fences alien weapons. After he passed a test, James Edwards ceases to exist. He becomes J, a Man in Black, working for the most secret organization on the face of this planet. And his very first mission is to help give birth to a squid. Ah yes, and his second mission is to save the Earth.

My Opinion: Remember the times when 90 minutes for a movie were standard? Now it feels short. The advantage is that it has no lengths; there is not one point where this movie is boring. It is packed with jokes and gags regarding alien visitors and Tommy Lee and Will make a great team because they are so different.
I also loved Linda as the coroner. I only know her from two movies (this and Dogma) and I’d love to see her in more. In both movies she has this nice dry sense of humour.