I recently went to London on vacation and one day it let me directly to King’s Cross station and Platform 9¾: 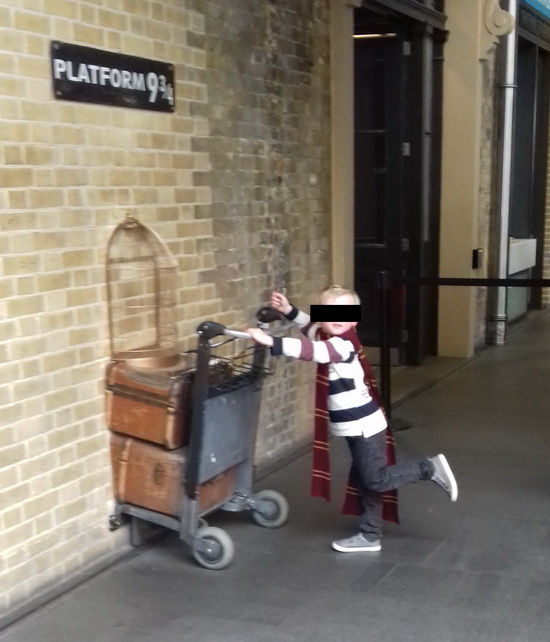 (He had cute little Harry Potter glasses on but I don’t know this kid, so I will respect his privacy)

And right beside that was of course a Harry Potter fan shop with all the prizey stuff you can imagine (they asked 30£ for a Gryffindor scarf).

But what else did my eyes discover there? 20th anniversary reprints of all the books as well as illustrated editions of the first two! Well that’s something I could not say no to.

When I started to read the Harry Potter books, Azkaban was already released. I read the first three in German and then decided to give my crappy English skills a go and tried the first book in English. I even had this Harry Potter dictionary to help me through some of the phrases: 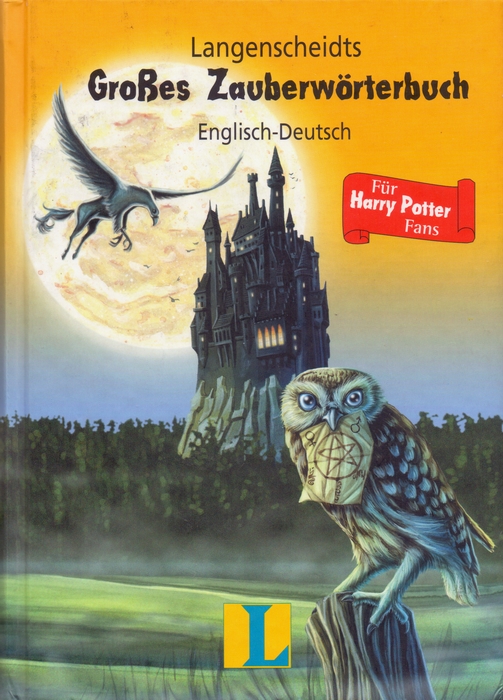 Later I learned that there was something called the “adult edition” (and, personally, I still think the original British adult edition looks still the best).

Now the hunter and gatherer had awoken in me. I started to collect different versions of the first book and with this 20th anniversary re-release this collection grew quite a bit: 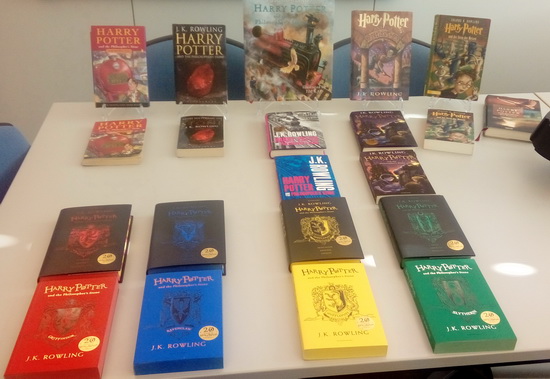 All the editions I have of the first book 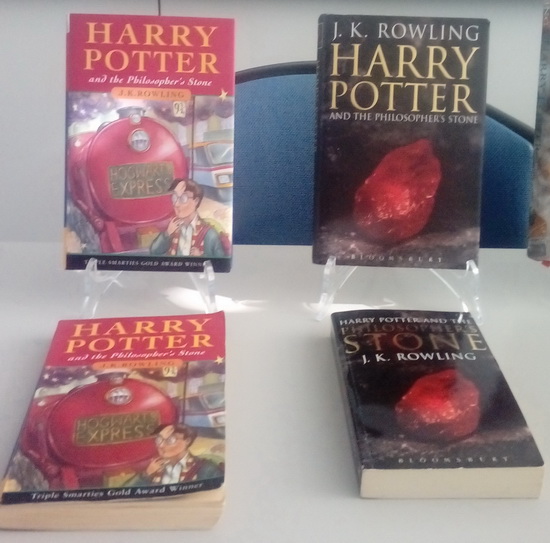 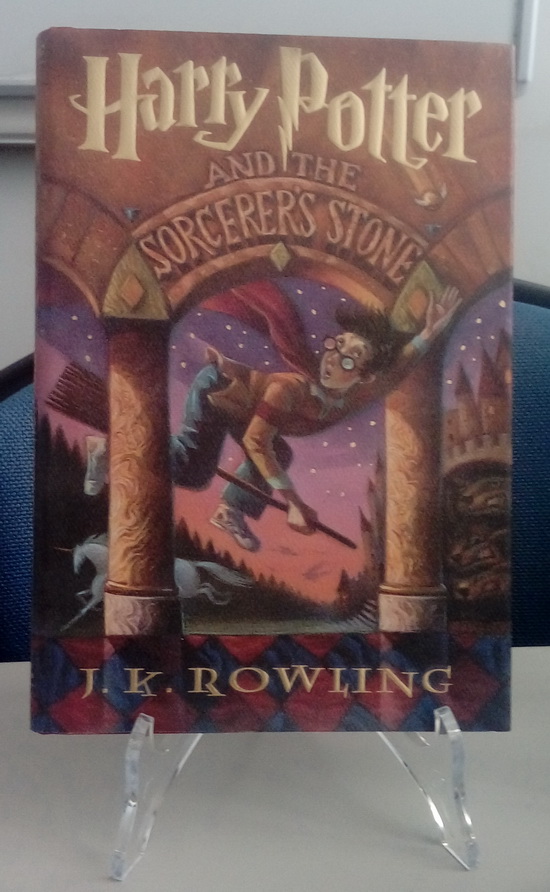 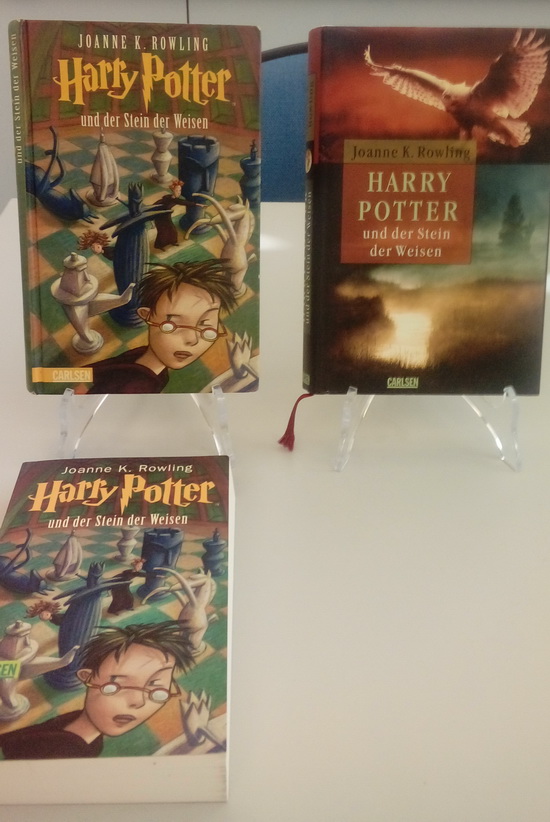 German edition for children and adults 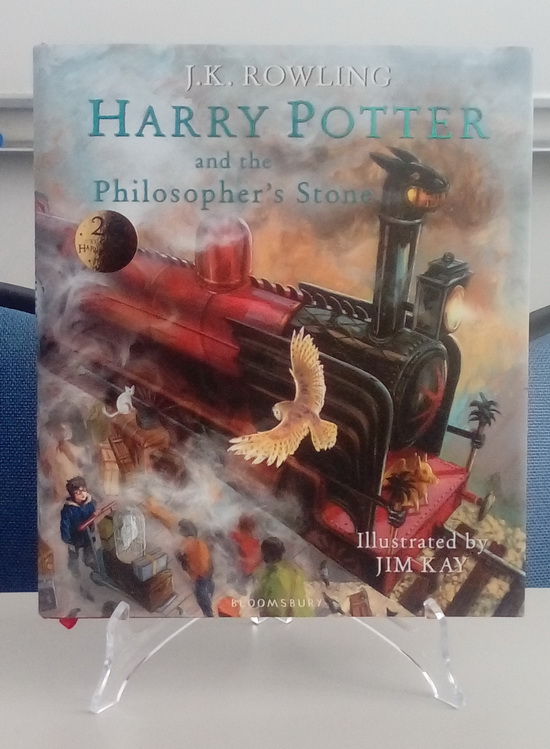 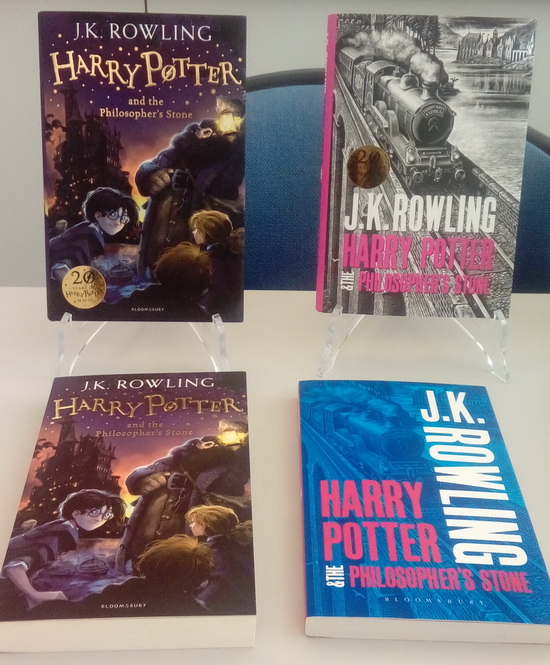 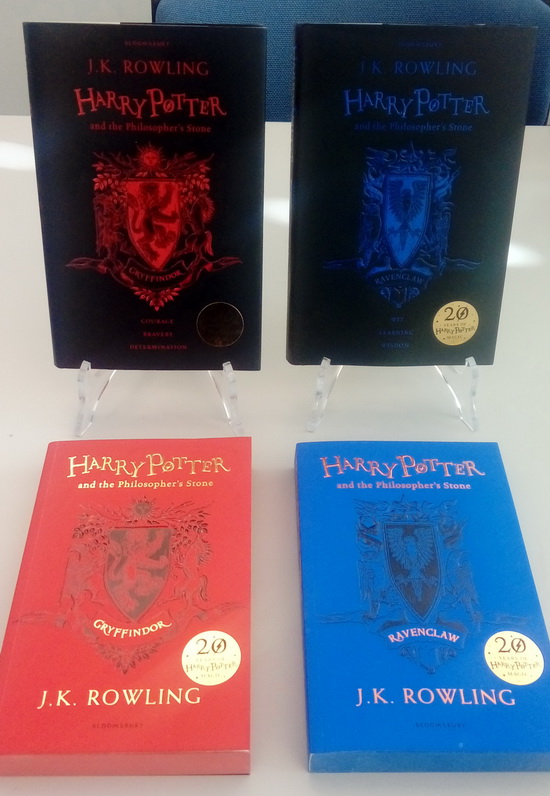 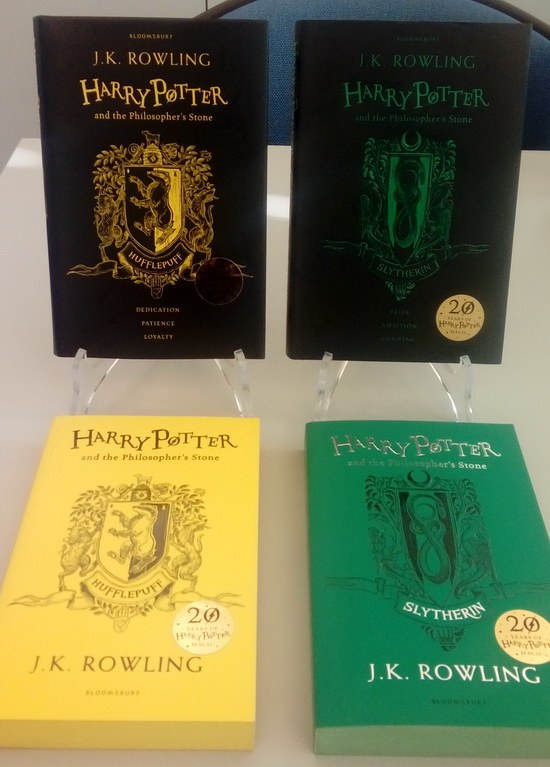 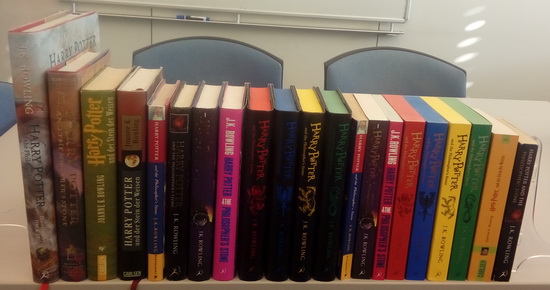 What about the Latin and Ancient Greek edition you ask? Well I actually thought about it but since I speak neither I waited too long to consider them and now the original editions are out of print and the reprints just don’t feel as important to me.

Recently German publisher Carlsen also published a new edition marking the 20th anniversary of Harry Potter in Germany. Naturally I had to have it: 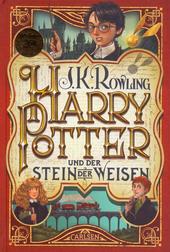 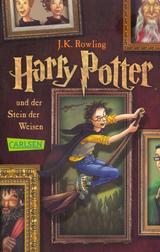