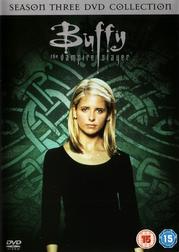 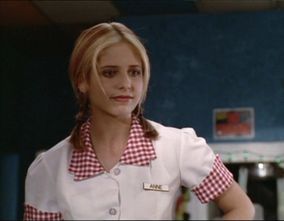 Synopsis: After being expelled from school, thrown out by her mother and having to kill Angel, Buffy has left Sunnydale and lives now in L.A. under her middle name “Anne”. She’s not the Slayer anymore, she’s just a waitress in a diner. Meanwhile her friends try to fill her shoes and hunt Vampires at night. And Giles is looking in any place where rumours about a girl fighting Vampires exist.

My Opinion: What I really liked about this episode was that the decision was not forced upon her. She decided to help Lily and return to the fight she was born to fight. She had no contact with any kind of (obvious) demon until she decided to make it her business which then ultimately led to the decision to return home. But it was also funny to watch the attempts of the others to hunt Vampires on their own. 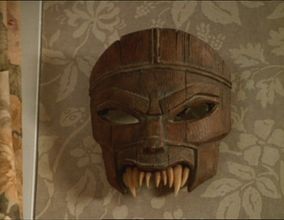 Synopsis: Buffy has returned to Sunnydale and while her mother and her friends are glad to have her back, nobody really wants to touch the subject of what happened in the last three months and in the final fight against Angelus. Additionally Buffy is still expelled from school. But everything (mostly) returns to “normal” when Joyce invites Buffy’s friend to a Welcome Back party and a lot of (uninvited) Zombies also show up.

My Opinion: While I didn’t care much for the “death mask” storyline I liked how the tension between all parties involved was building up during the course of the episode and how it erupted during the party. This air-cleaning storm was necessary and was nicely concluded by the fight against the invading Zombies. And I loved Xander’s quote “Generally speaking, when scary things get scared, not good.”. 😀 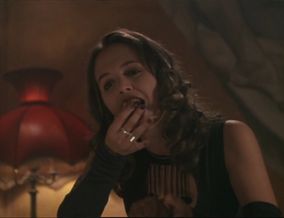 Synopsis: There’s a new Bad in town: Kakistos, a Vampire so old that his hands have formed into cloven and his associate Mr. Trick. There’s also a new Slayer in town: Faith, successor of Kendra. But Faith is nothing like Kendra or Buffy. She’s a free spirit, untamable. And she seems to take over Buffy’s life. But she’s also the reason why Kakistos is here and he wants her dead.

My Opinion: When I watched the show for the first time, I didn’t really like or care for Faith. I can’t really put a finger on the time when that has changed. Maybe when I watched her in Angel, maybe when I watched Eliza Dushku in Dollhouse. Anyway, when she appeared this time on screen I was delighted to see her again. And I liked it how Mr. Trick walked out on Kakistos with a comment on his lips that guys like Kakistos don’t fit in this time anymore.

Beauty and the Beasts 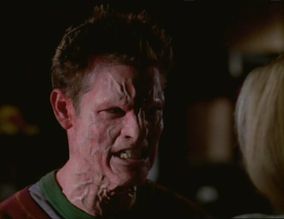 Synopsis: It’s full moon again but Xander who was supposed to guard Oz slept the whole night and someone has let the window in Oz’s “cell” open. As it so happens, a fellow student was mauled in the woods in that very night and Oz naturally fears that he might have done it. But something else happened, too: Someone rescued Angel from whatever hell dimension he was trapped in. But he’s not really Angel, he’s merely a wild animal.

My Opinion: While I don’t mind that Angel is back I am a bit uncertain about this plot twist in general. It makes the concept of “death” a bit less irreversible. Many of the deaths in this show are great emotional moments and some of the dead remain that way but it gets a bit cheapened when you know that everyone can be brought back if the writers want it badly enough.
But still, I am glad that Angel is back because his return will make this season a lot more interesting.