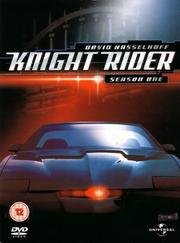 What’s the show about?
Michael Knight works for Foundation for Law And Government. But he doesn’t work alone. He has help in form of his car: The Knight Industries Two Thousand, KITT. KITT is a bullet-proof computer on wheels and it helps Michael on his missions to help people who need help.

“Knight of the Phoenix”
Michael Long works undercover until he is shot by the industrial espionage expert Tanya Walker. Luckily he survices the attack but his face is totally destroyed and has to be surgically repaired. After that Michael Long is officially dead and Michael Knight arises. His surgery was conducted by doctors paid by Wilton Knight who also gives him his new identity. Additionaly Wilton’s engineers have done something to Michael’s car…

My Opinion
Another 80s classic one simply had to watch back then. Oh gosh, I definitvly watched too much TV in the 80s. And the 90s. And now.*g*

BTW: There was a cultural reference in the pilot: When Michael sees KITT’s interior for the first time he says that he feels like being in Darth Vader’s bathroom! 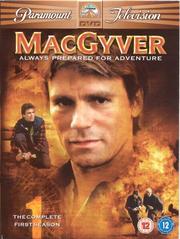 What’s the show about?
MacGyver is a very gifted man. He knows practically everything about mathematics, physics and chemistry. And he knows how to put that knowledge to practical use, he could build a bomb out of a ball-pen and a chewing gum. 😉 He is sent out by the Phoenix Foundation to help out where he is needed.

“Pilot”
After reclaiming a targeting device from a crashed plane and the pilot from the hands of the Russians, MacGyver is needed in New Mexico. In an underground science laboratory happened an explosion. A lot of scientists are trapped within, among them two Nobel price candidates. Additionally an acid leaks threatens to contaminate the groundwater of the entire area…

My Opinion
What could I write without repeating myself? Magnificent show, especially with MacGyver’s refusal to use guns. I’ll rewatch it this year, after I’ve got all the seven seasons complete. 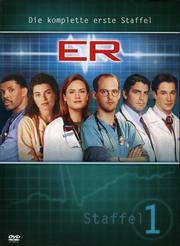 What’s the show about?
The ER is the Emergency Room of the Cook County Hospital in Chicage, Illinois. We follow the work and the private lives of the medical students, interns, residents and nurses who work at this oftern very chaotic place.

“24 Hours”
Dr. Greene is half-way through his shift when a building collapses and the ER has many incoming casualties. After hours of work handling this he has an appointment in a private practise. The third-year student John Carter has his first day. And then happens the inconceivable…

My Opinion
For me it’s the show about John Carter. The show started when he started there and I had always the impression he was more focussed on than any other character. And I really like Carter. I’ve only watched the first 7 seasons so far but I know there are currently 14. But we’ll have to see how long it will keep my interest, especially with most of the original crew having left in the last seasons or leaving over the coming seasons. 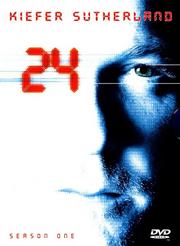 What’s the show about?
Jack Bauer works for the CTU, the Counter Terrorist Unit. He saves the United States more than once but he has only 24 hours to do so and not a minute more. And for this job he has to sacrifice everything: his family life, his health, his career and even his life.

“12:00a.m. – 01:00a.m.”
Today is the day of the California presidential primary. Jack Bauer’s unit has to prevent an attack on the black senator Palmer, a likely candidate for becoming the next president of the United States. Meanwhile Jack’s daughter has sneaked out of the house and has disappeared.

My Opinion
24 is a great show even if the stories have become absurd lateley. They are fast running out of threats they didn’t fight before. After watching the trailer to the seventh season I had the feeling it will be a mix of Die Hard 2 and 4, but I am willing to tune in. 😉 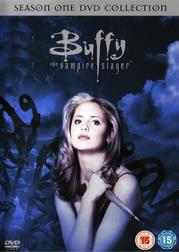 What’s the show about?
Buffy Summers is The Chosen One, a teenage girl that was chosen by destiny to fight vampires, demons and other underworld beings. But she has help in form of her friends, her watcher and even vampires.

What happened before?
She lived in Los Angeles before. There she learnt of her status as The Chosen One and there she began to slay vampires until she had to burn down the school gym.

“Welcome to the Hellmouth” / “The Harvest”
Buffy and her mother have just moved to Sunnydale, California, after the events depicted in the movie. She wants to leave her Slayer days behind her but for that is Sunnydale the completely wrong place. Why? Because Sunnydale lies directly over a Hellmouth, an opening to the hell dimension and The Master has just been awakened…

My Opinion
Didn’t like the show. Was very boring with that vampire-killing and so on. Yeah right! That’s why I watched all 7 season within a month – and bought Angel afterwards. 😉 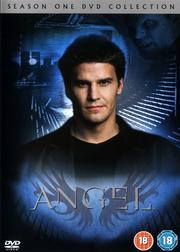 What’s the show about?
To be honest, I don’t really know since I haven’t seen it yet. But I presume its about Angel fighting demons and vampires and saving the population of Los Angeles.

What happened before?
Angel left Sunnydale after the third season of Buffy the Vampire Slayer since there’s no way of him being together with Buffy.

“City of …”
After Angel has moved into his basement apartment he comes across Doyle, a half-demon. Doyle gets visions from The Powers That Be regarding people whose lives Angel must touch; true redemption lies not just in saving lives, but in saving souls as well. In an attempt to help a waitress who is harrassed by her former boyfriend he meets a powerful vampire…

My Opinion
Obviously I can’t have an opinion – yet.