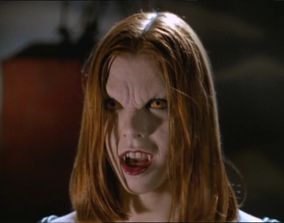 Synopsis: “I wished Buffy had never come to Sunnydale!” – After being humiliated by Mercedes and her gang about her break-up with Xander, Cordelia tracks down the source of her misery: Buffy’s arrival. Unfortunately she makes that wish in front of the vengeance demon Anyanka. And she grants her wish. Suddenly Cordy finds herself in a Sunnydale that has never seen the Slayer and is ruled by the Master and his two most vicious Vampires: Willow and Xander.

My Opinion: Alternate timelines, universes, realities. I always like them on my plate. This was no exception, especially with Vamp-Xander and Vamp-Willow who were really great and I can’t wait to see Vamp-Willow again in a few episodes. I also liked that Larry had become a member of the “White Hats”, a role he will reprise in the season finale. 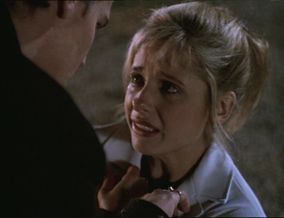 Synopsis: It’s nearly Christmas in Sunnydale and it’s unbearable hot. Angel is getting nightmares from victims that he has killed (among them: Jenny Calendar) and somehow Buffy is sucked into these nightmares. The First (Evil) reveals to him that it brought him back into this dimension for a reason and that Angel will become again who he was born to be: Angelus.

My Opinion: With the exception of Whistler’s cryptic statements there haven’t been much hints towards the fact that Angel might play a bigger role in the ultimate fight good vs. evil. But now it has become evident. The First Evil has released him from the hell dimension and The Powers That Be have saved him from becoming a pile of ash. I really liked that. I also really liked that Xander offered his help to help Angel. 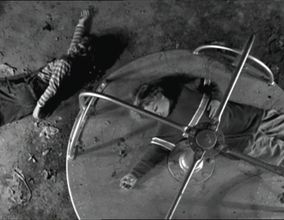 Synopsis: Joyce accompanies her daughter on one of her nightly patrols to bond with her but it is she who finds two small children that were slaughtered on a playground. Enraged my this merciless murder that was most likely done by a cult and not a demon she forms a group: MOO – Mothers Opposed to the Occult. They fight against those who have taken over the town: monsters, witches and Slayers.

My Opinion: The was a story I didn’t care for much. While I liked the idea that “fairy tales are real” (after all: why shouldn’t they be?) I didn’t care much for Hänsel und Gretel and the MOO.