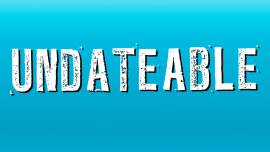 Synopsis: Danny’s (stand-up comedian Chris D’Elia) old roommate is buried, err, married now and he’s looking for a new one.
That’s when he invites the Black Eyes Bar owner Justin to live with him.
Except that Justin is not what you’d expect when you think of someone who owns a bar. He’s very shy and serious and Danny on the other hand is a man-child.
Now it’s Danny’s mission in life to teach Justin and his lovable loser friends the art of speaking to women (and in one case, to men).

My Opinion: I like the guys. Even though they are portrayed as weird and losers, they are not the butt of the joke. They are just different.
They are not nerds but they do remind me of the early seasons of The Big Bang Theory.
I didn’t even remember that until I rewatched the pilot yesterday evening but this sitcom does come with a laugh track though I think it’s not as loud and obnoxious as with other shows.
I still don’t get why this concept hasn’t abandoned yet. I decide when I think something’s funny or not, I do not need a laugh sign.
But maybe it’s because you can’t completely mute it out since most shows like this are recorded in front of an audience – but then I’m wondering why they are laughing after just about every sentence, funny or not.

One of the female characters is portrayed by Briga Heelan who’s acting in another small comedy series I really like, Ground Floor.