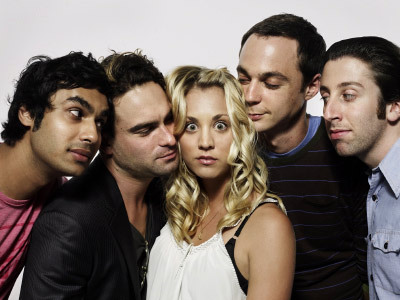 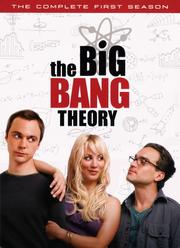 Synopsis: The two theoretical physicists Leonard and Sheldon get a new Neighbour: Penny, a waitress in The Cheesecake Factory. And suddenly two galaxies begin to crash into each other.

My Opinion: I liked the series from the beginning, all these cultural references gave me a happy. But I also liked the small details like Howards’ belt buckle (this time a Nintendo gamepad –> look out for it, it changes from episode to episode!) and the “table of elements” shower curtain.

Synopsis: After he’s seen the chaos that is Penny’s appartment, Sheldon cleans it (and Leonard helps him) during the night while Penny’s sleeping. Naturally she freaks out when she realizes what they’ve done.

My Opinion: I think every episode of the first season is funny as hell, so no point repeating it over and over again. The  best scenes of this episode were the discussion about Lois Lane’s fall and the re-design of the IKEA media center.

Synopsis: After having no luck with Leslie, Leonard tries to ask Penny out to a date. But she totally misinterprets the invitation, thus not considering it a date.

My Opinion: I recognized Sarah Gilbert (Leslie; Darlene in Roseanne) at once but I needed a friend to really open my eyes. I didn’t think I knew Johnny Galecki (Leonard) from anywhere until my friend pointed out that he played Darlene’s friend David on Roseanne.

Synopsis: Sheldon gets canned after he’s insulted his new boss in his very own – and typical – way. But he uses his time off to invent new things the world was waiting for, e.g. a luminous fish as a night light.

I am wondering where the authors get all these ideas, e.g. to make a physicists weaving his own poncho. It’s hilarious. I also find it terribly funny when Sheldons asks things or answers to questions with no regard to the appropriateness.

Synopsis: After they been practicing with their classical instruments, Leonard sleeps with Leslie and is now torn between his fantasy about Penny and the prospect of having a real relatuonship with Leslie.

My Opinion: And again it’s Sheldon and his not having a clue about social conventions that makes me laugh the most (“Message received!”). But the entire banana scene was also really great.

Synopsis: Penny invites the four – Leonard, Sheldon, Howard and Raj – over to a Halloween party and Leonard hopes that he can present himself in another light during that party.

All the costumes were great and also the commentaries about them (Flashs walk in row; hobbit vs. elf; Robin Hood vs. Peter Pan) and I also really liked the closing scene.

Synopsis: The group’s order is seriously disrupted when Howard makes out with a acquaintance of Penny’s and Penny becomes the fourth player of the “Halo” night.

My Opinion: I loved it when Penny kicked Sheldon’s ass, especially with the plasma grenade.

But I have to point out that we’ve seen Sheldon sleep with his head towards the door a few episodes earlier.

Synopsis: Penny works one shift as a barkeeper now and she practices with the four guys when the unfathomable happens: Raj talks to her! And why? Because his parents try to pair him off with some indian girl.

My Opinion: All the alcohol-induced scenes were great, especially the one at the end. And it was also great to see how Sheldon swept her off her feet without knowing what he was doing.

Synopsis: Leonard and Sheldon get an invitation to present their findings about a project to a wider scientific community but Sheldon is above such things and forbids Leonard to present it alone. But Leonard has no intentions of not going.

My Opinion: What did Penny have against Leonard’s clothes? I thought they looked decent.

And while the remote controlling of the lamp and the stereo via Internet connection was really geeky I really liked it. It’s that kind of thing that proves that every man has a child in him – and why should we be as serious as women?

Synopsis: Leonard makes up a lie to prevent him from going to a play in which Penny’s starring. But Sheldon has the fear that she might see through it and constructs an entire lie web that sucks more and more people into it until it’s un-unravelable.

My Opinion: I nearly fell off the couch when “Leo” suddenly sat in the kitchen and Sheldon and he discussed the “origin of his drug addiction”. And the idea that he had to stay way longer to prevent the truth from coming out, it was great.

Synopsis: Alert: ‘Condition Red’! Sound ‘General Quarters’! Action Stations! Sheldon is sick! And while Leonard, Howard and Raj know exactly what that means and abandon ship, Penny has no idea and is on collision course with the iceberg.

My Opinion: I have to admit that Sheldon’s constant whining became a bit annoying over the course of the episode. But I liked all the scenes where the three tried to avoid Sheldon at any cost.

Synopsis: A 15-year-old north-korean boy starts to work at the university and he is smarter than Sheldon! With all hopes lost to ever win the Nobel Prize Sheldon finally gets interested in what the others do but for reasons unknown to him, he always has to “go away”.

My Opinion: I liked the obnoxious Sheldon much better than the whiny one. But somehow I felt this was similar to The Luminous Fish Effect with Sheldon looking for new tasks. But the idea of moving Jerusalem to Mexico and the subsequent discussions about the Wailing Wall and the Promised Land were brilliant.

Synopsis: The four are going to attend a science quiz – but not on the same team. Sheldon is leader of the “Army Ants” (AA), while Leonard, Raj, Howard and Leslie form the “Perpetual Motion Squad” (PMS). Let the best geek(s) win!

My Opinion: This was a great episode and I laughed a lot and the best parts were the janitor’s 15 seconds of fame and Penny’s very own quiz.

Synopsis: Leonard wins an auction for a miniature time machine from the original The Time Machine. Unfortunately it’s not that miniature, the scale is more like 1:1. But that proves his geekiness to Penny (again) and he’s seeing it, too.

My Opinion: Another great episode. I liked all the time travel scenes, both real and imagined and I really liked how Leonard helped Penny to get down in the elevator shaft – even though it was only a dream.

Synopsis: Sheldon’s non-identical twin sister is in town and she’s hot! And Rajesh becomes a test subject for a new drug to get rid of his shyness.

My Opinion: It was great to see how the three of them tried to hit on her. It was especially funny to watch Raj’s attempts and him dealing with the side effects of the drug.

Synopsis: Leonard has never had a birthday party because his parents didn’t think of it as a good concept. But now Penny’s going to change that. Leonard is getting a surprise party, no matter the cost.

My Opinion: What was a funny element here – no service personnel in the store and one customer has to advice another – is a sad reality in Germany. And I admired to what lengths Howard was willing to go to prevent the surprise from being spoiled.

Synopsis: Penny has dumped yet another boyfriend and Leonard has the guts to ask her out. But when she has agreed, both aren’t sure anymore whether this was actually a good idea. And there’s only one way to find out: Schrödinger’s cat.

My Opinion: This was a good conclusion to the season although it is quite obvious to me that something is going to happen at the date. After all, it’s the cliffhanger and it’s a sitcom. Ross and Rachel needed 10 years to finally make it.

I really liked the different reactions to the Shröderinger’s cat analogy. It pretty much summed it up what this year was about.