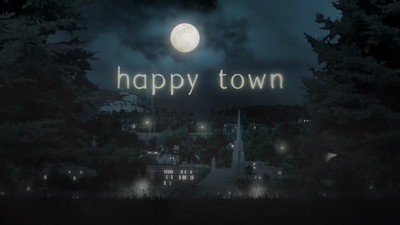 Haplin, Minnesota is a small town where not much happens. At least in the past five years. Before that a serial killer known as the Magic Man killed one person each year for seven years. Then he vanished without a trace – just like his victims who were never found.
But here is something brewing. New people come into town, a man gets brutally killed and the sheriff has some sort of breakdown that is somehow connected to one of the newcomers.

I’m a bit confused. Is this pure mystery? Is there a supernatural element in the story? What’s up with Chloe?
The pilot felt a bit rushed because so many different characters had to be introduced (however briefly) but it certainly looks intriguing and I’ll continue to watch.
The show has quite a number of known faces, among them Amy Acker (Angel, Dollhouse), M.C. Gainey (LOST), Sam Neill (The Hunt for Red October, Merlin) and Abraham Benrubi (Parker Lewis Can’t Lose, ER).