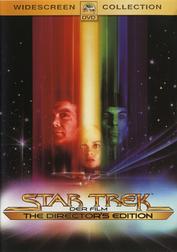 A huge cloud travels through Klingon and Federation space. Who or what that cloud is, is unclear, but nothing seems to be able to stop it. What is certain, is its course: It’s directly heading for Earth. Admiral Kirk takes once again the command over the Enterprise, which has just been refit for 18 monts. Because another thing is certain: The Enterprise is the only ship that can reach the cloud before it comes to Earth.

My opinion:
“The only ship available” is a running gag which goes through all shows and movies. But when the Enterprise is in the orbit of Earth it becomes a bit implausible. That aside I think the refitting of the Enterprise worked very well, it’s a very elegant ship. And one thing is a given: this movie dwells in its pictures, in great panoramic views of the Enterprise, the universe and V’Ger. I also liked that not everything was sunshine and sparkles. I liked it when McCoy told Kirk off for being arrogant and that Kirk wasn’t infallable. BTW: Have you ever registered the fact that the two movies where the final solution was not a gun fight were both TOS movies? 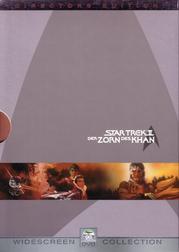 The Enterprise has become a training ship under the command of Spock. And Kirk can’t handle the fact that he getting old. But suddenly Kirk gets an emergency call from an old girlfriend because someone’s out there who wants to even the score.

My opinion:
Khan is the best advisary a Starfleet captain could wish for. Only General Chang can level with him and both happen to have an interest in english literature. 😉 As to Spock: As much as I hate it when they kill good characters I have the utmost respect for someone who can apply the third principle of sentient life*.
In my opinion there is a logic hole in the movie (although only a Trekkie would think of it) when it comes to Genesis: I can’t imagine that the Federation would really be willing to let the Genesis experiment go so far. The arguments McCoy used must have come up earlier and they had to see how dangerous such a thing could be.

*The third principle of sentient life is the capacity for self-sacrifice, the conscious ability to override evolution and self-preservation for a cause, a friend, a loved one. 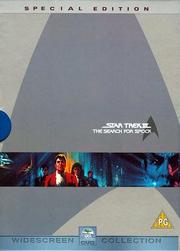 Sarek – Spock’s father – is visiting Kirk because he hopes that Kirk bears Spock’s Kattra, his living soul. But it is McCoy who has the “honour”. And now Kirk and McCoy have to return to Genesis to get Spock’s body and return it to Vulcan.

My opinion:
In this movie hardly anything worked. It starts with the ground premise. If such a ritual would exist it sure would be a lot more complex and time consuming than that what we saw in II. It’s also unclear why the Genesis effect would cause the transformation of Spock’s body into a child just to let it grow old again. “Conveniently” until that age that it was before. I also didn’t like the Klingons. It may have worked back then, but since that we’ve learned so much about their culture that I have the feeling this Klingons were portrayed as primitive savages. And the fist fight in the end: It may have been ok back in the series but it wasn’t very convincing in this motion picture. 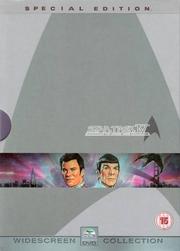 After having stolen the Enterprise and having it blown up above Genesis, the crew has to return in the captured klingon Bird of Prey which Dr. McCoy ironically named HMS Bounty. On Earth they have to face charges of mutiny and theft of the Enterprise. But there is anothere traveler on its way to Earth with a message for its inhabitants.

My opinion:
The funniest movie of the series and I enjoyed it very much. This movie is packed with gags that play with the situation that a group of humans and aliens from the 23rd century has to blend in with the population of San Francisco in the year 1986.
What is regrettable is the fact that we haven’t learn anything since then. We still hunt whales for “scientifical purposes”. 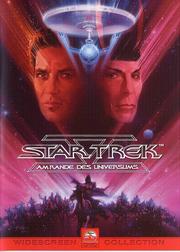 The new Enterprise is a single constructional defect. Nothing really works. But then something happens on the “Planet of Galactic Peace”, Nimbus III. The ambassadors of the Federation, the Romulans and the Klingons get kidnapped and the Enterprise must come to the rescue.

My opinion:
Most Trekkies say it’s the worst of all. I can’t agree with that. It is indeed far-fetched that Spock suddenly has a half-brother who is on a big emo trip. But other than that? A man who is on the search for God and gets on the wrong track – that’s not uncommon. And the movie had a lot of good sentimental moments as well as funny ones to compensate the former ones.
But they have a problem with deck counting. Since when does the number increase when you get higher? And 78 decks? But that was also a problem in Star Trek 8 and 10 (or it will be). 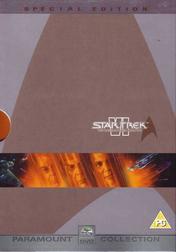 Three months until Captain Kirk and most of his senior staff go into retirement. Sulu has got his own ship now, the Excelsior. But then the klingon moon Praxis explodes. This polutes the atmosphere of the klingon homeworld Qo’noS (Kronos). The Klingons have no choice but to negotiate a peace treaty with the Federation. But there are forces in motion that want to prevent that this happens.

My opinion:
“There will be no peace as long as Kirk lives” (Star Trek IV). This time one had to fear that they mean it. VI is my favourite movie of the entire Star Trek series. There is a great final battle but that’s not the end but is marking a new beginning.
Nicholas Meyer is directing a Star Trek movie for the second time after II and he did again an excellent job. Besides being the director he also worked on the screenplay for II, IV and VI and thus for three of the four best Star Trek movies. 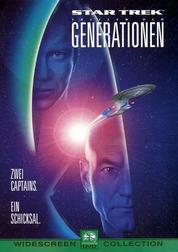 My opinion:
I don’t know. Personally I don’t think it is a good idea to bring these two crews together (i.e. it was only Kirk) with the help of a time distortion element. It felt constructed. And Captain Harriman’s incompetence was just a vessel for letting Kirk being the hero for one last time. I also didn’t like what was going on aboard the new Enterprise. Picard’s reaction to the death of his nephew – it wasn’t just like him, somehow it didn’t felt right. Additionally I hate Data’s emotion chip. The scenes with him were ridiculous and in the movies to come we becomes more and more a figure of fun.
The movie went up from the moment when Picard and Kirk met in the Nexus. But it also set another standard for a TNG movie. Picard fights every enemy with his own bare hands in the great finale and he kills them all – directly or indirectly. 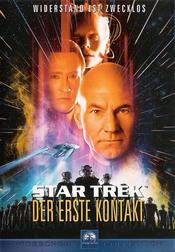 The Borg are attacking the Federation and Earth again and the fleet can’t stop them. But then Picard finds a way to destroy the Borg Cube. At this moment a Borg Sphere can escape and it opens a tunnel into the past, to destroy the Federation before it was even founded. The Enterprise has no choice but to follow and try to prevent it.

My opinion:
While I Picard’s mourning in 7 didn’t felt believeable, I had no problem believing his hatred. I also thought it to be a good idea that he got out of it with the help of classic literature which is a known hobby of Picard’s. I don’t know if it’s a coincidence but movies that are based directly on the events of the series (II and 8) use Moby Dick as a basic plotline.
It was also nice to see how image and reality clashes when it comes to Cochrane. 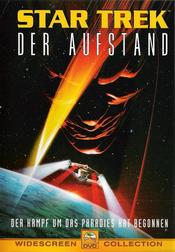 During a mission where Data isn’t assigned of the Enterprise, he gets damaged and his systems fall back to basic functions. In doing so he discloses a secret Federation base. This base is an observation station to monitor a small group of people who live in a remote and wild part of the galaxy. To prevent Data’s destruction the crew of the Enterprise tries to get Data under control again.

My opinion:
I actually like that movie. Spock always said that the needs of the many outweigh the needs of the few or the one. Kirk couldn’t agree with that and neither can Picard. I like the question this movie asks. Admittedly the humor was sometimes … umm, well … (e.g. Data as lifeboat or the joystick) but other than that I liked it.
Only the ending could have been different but an ending where Rua’fo survives didn’t make it through the test screenings. 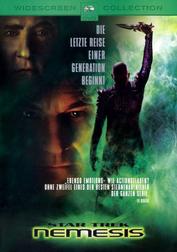 The Enterprise is on its way to Betazed, to the wedding of Commander Riker and Counselor Troi. Suddenly they receive a rare positronic signature, a signature that is only emitted by androids like Data. On a lonely planet near the Neutral Zone they find B-4 a prototype of Data’s architecture. After that they get invited to Romulus by the new leader of the Romulan Empire. But this new Praetor is a surprise.

My opinion:
This entire movie is bullshit. If you count back, Picard wasn’t even Captain of the Enterprise when this clone was produced. And even if, according to the movie it would have taken at least 20 years before Shinzon could have become ready for use. In this time anything could have happend to Picard. But even if: The Romulans are one of the if not even the most paranoid races in this galaxy. And they get duped by a bunch of Remans (a race we hear of for the first time), they are able to build the greatest battle cruiser of all times and they manage to wipe out the entire romulan senate (that BTW had the size of the editorial staff of a student magazine)? And then this Shinzon accidentally finds another prototype of Dr. Soong’s.
I won’t even start with the ramming maneuvre or Admiral(!) Janeway.