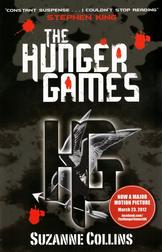 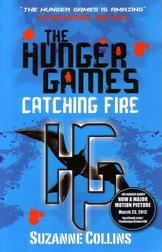 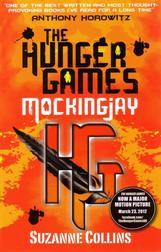 The story is about a post-apocalyptic world (i.e. North America) where there are no countries anymore. There are only 12 Districts and the Capitol. There used to be a 13th District but it was completely destroyed during the last rebellion of the Districts against the Capitol.

Now the Capitol rules with an iron fist and to prove their supremacy, each year the districts have to “provide” two children between the ages 12 and 16 – one girl and one boy. Then these 24 are sent to a fighting area which only one winner will leave alive.

The protagonist of the books is Katniss Aberdeen and she fights in the 74th Hunger Games for her very survival.

I watched the movie first but found it lacking because Katniss’ behaviour in the Capitol outside the arena seemed odd. The book made a good job explaining her motivations far better than the film. I really, really liked the first book which made me eager to read the sequels.

The second book already dropped in quality IMHO. After all, it was basically the same story again albeit with a twist.

The third one ultimately dropped the ball IMHO. It was rushed and simply skipped over huge parts of the time when Katniss was conveniently injured or unconscious (for example, we never learn what happened with the Nut. Did the soldiers surrender eventually? Did they all suffocate to death?

I have similar complaints about the last Harry Potter book. When you keep in mind how hard it was to destroy the first Horcruxes, the diary, the ring, the locket, then the destruction of the last Horcruxes seemed really easy in comparison and it felt rushed – as if JK Rowling just wanted to get it over with.

I had the same feeling with Mockingjay to be honest.