You might have noticed that the old year is over, so I’m starting a new diary.
But I will only review movies I haven’t reviewed before – unless my opinion has changed drastically. 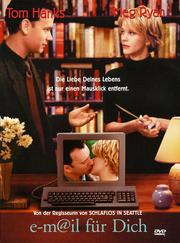 Synopsis: Joe Fox is one of the owners of the “Fox Books Superstore” chain and he sells cheap books. And now he wants to open a new store in New York. Kathleen Kelly owns the children book store “Shop Around the Corner” in close proximity to the new superstore. When they are Kathleen Kelly and Joe Fox they can’t stand each other. When they are Shopgirl and NY152 they are close online friends. The question is what happens when these world collide.

My Opinion: I like this movie, it’s a sweet little romance where Meg Ryan plays the role she always plays and Tom Hanks shows his romantic side once more. I have to say I like it even better than its “predecessor” Sleepless in Seattle. That is a nice movie, too, but when I have the choice between these two, I choose this one. And even though I don’t really like The Godfather I like the running gag references to it. 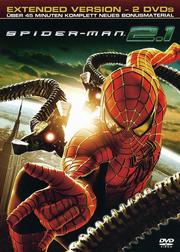 Synopsis: Spider-Man is still the hero of the day but Peter Parker has ever bigger problems to manage these two sides of his life and it’s often Peter’s life that loses. Which means he loses his jobs, his grades at the university are dropping and the worst: Mary Jane is disappointed of him. And then an experiment of Dr. Octavius’s goes horribly wrong and turns him into an obsessed maniac.

My Opinion: I like this movie a tiny bit more than the first – which is saying much because I really love the first part. All the fights against Doc Ock are great but what’s really great is, that he isn’t a villain through and through and has the capacity to see his error and redeems himself at the end.
It’s really sad that after these two great movies the third failed due to executive meddling. 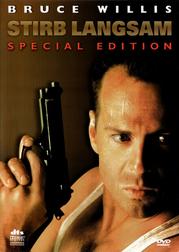 Synopsis: John McClane is a NY police detective who visits his wife for Christmas. She works as an executive in a company in L.A. and they celebrate not only Christmasbut also the new offices: the Nakatomi Tower. But it isn’t a party until someone crashes it. In this case Hans Gruber and his gang, a pretending terrorist but actual thief who wants the 650 million Dollars in bearer bonds in the Nakatomi safe. What he didn’t expect was “Roy”.

My Opinion: Still a great piece of action cinema. John was one of the first heroes who actually bleed during their lone gunman action but there aren’t many people who can keep up with his cool badass attitude. Of course Alan Rickman was also brilliant as the villain and if you ask me he was the best opponent John ever had. Or as Barney put it in How I Met Your Mother: “Charming international bandit. In the end, he dies hard. He’s the title character.” 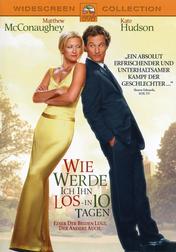 Synopsis: Andie is a columnist with the Composure magazine and she usually writes the “How To” articles but she has bigger plans. She wants to write about politics and the economy. Ben works in an advertisement agency and usually creates campaigns for sports companies. But he has bigger plans. He wants to score the deal with the DeLauers who are the biggest fish when it comes to diamond jewellery. Ben gets it when he manages to make a woman really fall in love with him until the presentation. Andie gets her wish granted if she can write an article about what women do wrong with guys: “How to Lose a Guy in 10 Days”. Guess who’ll run into each other.

My Opinion: This romcom gets its appeal from the absolutely opposite intentions of its protagonists. She does everything to drive him crazy and he puts up with it. But it also works because they have chemistry together.
I also like their performance of “You’re so vain” at the end, especially because neither can really sing (at least the characters can’t). Rationally neither is really in the position to be mad at the other but in that moment they’re just pissed off and it makes for a great scene. 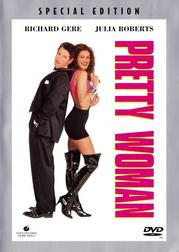 Synopsis: He’s a successful business man. He buys companies, fillets them and sells the pieces at a profit. She hasn’t even finished high school and works now as a hooker on Hollywood Boulevard. Their lives cross paths because he can’t drive stick. But it’s just a business arrangement. She’s his companion for one week and that’s it. As if life was that easy…

My Opinion: Hollywood fairy tale at its best. 😉 Julia Roberts was only 22 when she made this and she looked gorgeous in it, especially in the cocktail dress. But my favourite character in this movie is the hotel manager Mr. Thompson. The way he treats her and verbally sails around the cliffs and when he helps her – it’s really great, particularly because he has no reason to help her. 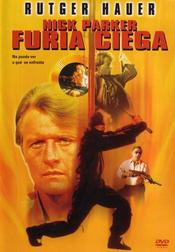 Synopsis: Nick Parker was blinded during the Vietnam War but he’s come to live with it. The locals have taught him to compensate it and even how to use a sword. After many years he tries to contact an old army friend of his but Frank is in deep trouble. He owes people money and they force him to create designer drugs. When he doesn’t want to cooperate they kill his wife and try to take his son. But they didn’t anticipate that blind man showing up.

My Opinion: I always liked this movie. The acting isn’t exactly the best but I like the relationship between Nick and Billy; their bantering in the beginning and their friendship in the end. I also like all the fights because it looks different from what a seeing man would do. 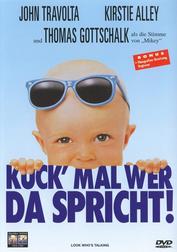 Synopsis: Mollie is in love with a married man who promised her to get divorced (which he doesn’t of course) and one day she gets pregnant. Nine months later a lunatic cab driver brings her to the hospital where her son Mikey is born. The crazy cab driver becomes her babysitter … and more. And even though he cannot express himself verbally, Mikey has an opinion about everything in this world and he will “tell” us it.

My Opinion: It’s a very funny movie, mainly of course due to Bruce Willis’s voice-over of Mikey but John Travolta and Kirstey Alley are a lot fun, too.
I bet the shootings were very exhausting (working with a number of small children and all) but the end product doesn’t show it – if you exclude Mollie’s birth-giving scenes. 😉 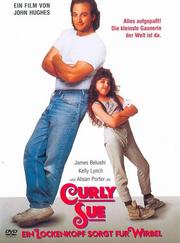 Synopsis: Bill and his “adopted” daughter Curly Sue are two hoboes who fight their way through life with minor cons. But with their latest scam they hit the jackpot. The lawyer Grey Ellison takes them into her home, gives them food and clothes. But how long will this work?

My Opinion: And another favourite comedy of the harmless kind of mine. All the scenes with Curly Sue are so funny, when she sings “Star-Spangled Banner” or when they play Poker or when they teach Grey the high art of conning.
Too bad, Alisan Porter doesn’t act anymore. But her new career ain’t bad either: 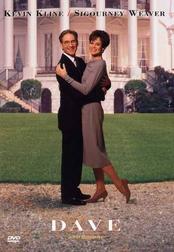 Synopsis: Dave Kovic is a simple man who works in an agency that gives people jobs. But he also looks exactly like the President of the United States. One day the Secret Service hires him for a public appearance because the real President Bill Mitchell has “more important” things to do. But when Mitchell falls into a coma due to a stroke the chief advisor Bob Alexander engages Dave to play the President for real.

My Opinion: This is a great fun flick about American politics with all its aspects (like the budget, running campaigns and so on) and Dave pretending to be the President and getting used to the job. I liked all the characters in their roles, from the First Lady to the bodyguard and of course the villain of the piece – Bob Alexander (Skeletor in Masters of the Universe) but the scenes between Dave and Ellen I like the most because then it shows how different a man Dave is from Bill.

Synopsis: Shortly before the destruction of the planet Krypton Jor-El and his wife Lara send their infant son, Kal-El, to Earth. There he grows up as Clark Kent. He looks like one of them but he isn’t one of them. Earth’s yellow sun and his dense molecular structure give him powers no Human possesses. As a Human he’s Clark Kent, mild-mannered reporter; as a Kryptonian he’s Superman, saviour of the Human race.

My Opinion: I am a bit torn about this movie. I really like the entire beginning with Jor-El and when his father dies and when he learns in the Fortress.
But when he’s the reporter Clark Kent I don’t really like his persona. I know that it’s THE myth and that he has been portrayed this way in the comics but I’ve gotten too used to a much more “normal” Clark like he was portrayed by Dean Cain in Lois & Clark: The New Adventures of Superman or Tom Welling in Smallville.
I’m also not too comfortable with the scenes Lex is in because then the movie drifts too much into a comic style. I know I shouldn’t hold that against it – it’s derived from a comic after all – but I’ve got other expectations from comic movies after watching the new X-Men and Spider-Man and especially Batman movies.
But it is still a good movie one can enjoy if one accepts its origins.