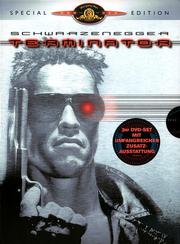 Synopsis: Earth, 2029. The computer system Skynet is self-aware and highly intelligent. It was invented by men but it has wiped out nearly the entire human race. Shortly before its defeat it sends a Terminator back in time, a cyborg, human flesh over a metal endoskeleton. Its mission: To kill the mother of the resistance leader in the year 1984, before she gives birth to her son. But the resistance sends also someone back to protect her.

My Opinion: The original Terminator movie is a perfect example of a time loop. The fotograph Reese has is the same that Sarah gets at the end of the movie. Except for the logical hole that the one who wants prevent a change cannot travel back in time after the one who wants to change something, it’s quite consistent. And it has aged suprisingly well. I had expected that the skeleton scenes would look rather lame comparing to today’s FX but they weren’t that bad. When the sekeleton was alone in the picture they were actually quite good, even when the full skeleton was in sight. Only when we see Kyle/Sarah and the skeleton they look rather bad.
I especially liked to hear all the one-liners again “for the first time”. And I never even knew that “Come with me, if you want to live!” was even there in the first movie. 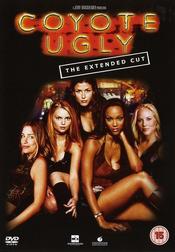 Synopsis: Violet goes from New Jersey to New York City to become a songwriter. She goes to every music agency but nobody wants to listen to her songs unless she sings them herself in an open song contest. The problem is that she’s to scared to sing in public. To survive in the big city she needs a job and soon she finds herself being a “Coyote”, a bar girl in the hottest bar in town: The “Coyote Ugly”. And she finds a boyfriend who’d give anything to see her on stage. But will one of her songs ever be published?

My Opinion: It’s a funny romantic movie with a great soundtrack. LeAnn Rimes sang all the songs when Violet was singing and I really liked it. But sometimes I wished one could hear those songs a bit louder that were not sung by her. I have both soundtrack CDs (and am listening to them as I write this) and it’s great music.
And I find stage fright to be a concept totally alien to me. I know I can’t sing and still have no problem doing it before an audience. 😀 When I sing I’m happy and the world around me turns into a blur. 🙂 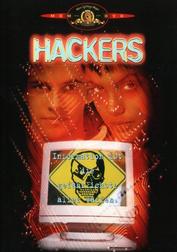 Synopsis: In 1988 Dade Murphy wrote a computer virus that crashed 1507 computer systems, including the Wall Street trading system. He was 11 years old. Now he’s 18 and still on probation, but he’s allowed to touch computers and touch-tone phones. Hacking is in his blood and soon he’s competing in a hacking tournament. But he also has to fight against an evil computer virus and its author.

My Opinion: In regards to hacking and computers in general this movie is way beyond ridiculous. But it doesn’t matter. This movie is pure fun with great visuals (both on the female side and the computer graphics 😉 ) and a great soundtrack. This movie belongs to my “my first four DVDs” collection and I have watched it at least twice a year since I bought it in 2000 or 2001. Unfortunately I missed it in the theatre but I’ve seen it for the first time in 1998. It was a time when the name Angelina Jolie was still worth a shrug and an “Angelina who?”.
As I said in the beginning: The computer stuff is totally unrealistic. Yet ironically it’s not even close to what they have been doing on 24 in recent years where an FBI operator controls a chemical plant on the other side of the country – and she’s doing it one-handedly while she’s holding the phone with the other hand. 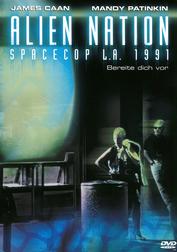 Synopsis: A few years ago a ship containing 250,000 alien slaves landed on Earth and they have no means of getting home. After the quarantine had ended these Newcomers have become part of the population of Los Angeles. And when Sergeant Sykes loses his partner in a liqueur store shooting he gets a new one: Detective “George” Francisco. And Sykes needs him because the murderer of his old partner were “Slags”, Newcomers.

My Opinion: I always liked the idea of that movie and the TV show that followed. It’s not us who go out and space but the aliens come to us and try to live in our society. And I think it’s very well portrayed with all the racism and good and bad guys on all sides. The characters may be stereotypes but these stereotypes are not bound to either race and that’s what makes it realistic. It’s a science fiction movie that basically has no special effects and doesn’t need them.