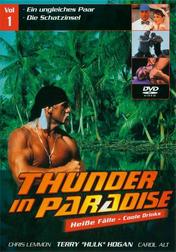 What’s the show about?
R.J. “Hurricance” Spencer has built a very special boat. It is very fast, specially armored and has a lot of special features. He and his partner Brubaker go on special missions for their country.

“Thunder in Paradise”
Spencer is in financial trouble because of the boat he’s built. And the hotel owner Megan Whitaker has the problem of finding a husband within two days. So they make a deal…

My Opinion
Of all the “super machine” series I’ve watched (and I watched them all 😉 [Knight Rider, Airwolf, Street Hawk, The Highwayman, Viper, …]) this one is the cheesiest. The internal measurements of the boat are way larger than the external measurements and the acting is not very good. Ok, what do we expect from a wrestler. 😉 It’s definitivly more a fun series than anything else. 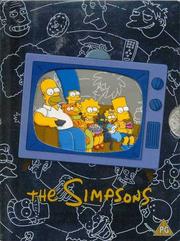 What’s the show about?
It’*s about the life of the Simpons – mainly Homer, Marge, Bart, Lisa and Maggie – in Springfield. It’s always the same year in Springfield, Lisa is always a second-grader and Bart is always a fourth-grader. But they have the most incredible adventures one can imagine.

“Simpsons Roasting on an Open Fire”
Homer does not get a Christmas bonus and Marge has to spend all the money to remove a tattoo of Bart’s. But Homer wants to have a nice Christmas for his family and so he helps out as Santa at the mall.

My Opinion
The Simpsons are a cult show. But I think I haven’t seen half the episodes, there are simply to much out there. And for my taste The Simpsons is not a show where I can watch countless episodes at once (which might be due to the fact that every episode is practically a reset to the beginning). But I really like it and when I find the time I watch a few episodes. 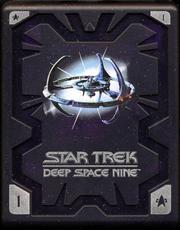 What’s the show about?
At the request of the Bajoran government, Starfleet is to establish a Federation presence in their system following the withdrawal of the Cardassian forces. Deep Space Nine is a former Cardassian station that happens to be in the system that has the only known stable wormhole. And that wormhole leads to the Gamma Quadrant, to a point 70,000 lightyears away. But this wormhole is indirectly the reason for the greatest war the Alpha Quadrant has ever seen.

What happened before?
DS9 begins six years after the beginning of TNG and three years after Wolf 359. At Wolf 359 a fleet of 39 Federation ships fought one Borg cube – all were destroyed. Among the ships was the USS Saratoga and its XO, Lt. Cmdr. Benjamin Sisko, who lost his wife in that battle.

“Emissary”
Cmdr. Benjamin Sisko and his son arrive on the heavily damaged space station Deep Space Nine. Most of his crew hasn’t arrived yet but he soon meets with his second-in-command, the Bajoran Major Kira. Sisko isn’t sure he wants this assignment and his son to grow up here but then an extraordinary event takes place. They find the only known stable wormhole and suddenly the Bajoran system moves from “the outer rim” into the “attention center” of the Alpha Quadrant.

My Opinion
My favourite Star Trek show! It has a great story arc, even if it wasn’t planned from the beginning as it was done with Babylon 5. B5 and DS9 have many similarities which isn’t that surprising since JMS (the creator of B5) has shown his B5 plans to Paramount. But they are also different since DS9 is anchored in the Star Trek universe. 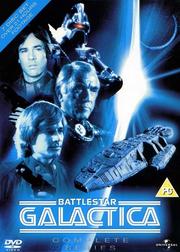 What’s the show about?
After the destruction of the twelve colonies of Kobol the last remaining Battlestar, the Galactica, and a fleet of 220 ships are on the search for a refuge to go to, the thirteenth colony of Kobol: Earth.

“Saga of A Star World”
After a thousand years of war against the Cylons a peace treaty is negotiated. But the Cylons and their ally Baltar only want to put the colonials into a fals sense of security. The fleet and the colonies are completely unprepared when the Cylons attack and subsequently lose the battle and the war. The only surviving Battlestar is the Galactica under the command of commander Adama. They have not choice but to leave the colonies and take the survivors with them. Where? To the lost thirteenth colony of Kobol: Earth. But they do not know where exactly Earth is located…

My Opinion
I liked the old show because of their characters and the models. I still think that the old Galactica and the Cylon Raiders look better that the re-imagined ones. They were a good crew but now I like the new one better. 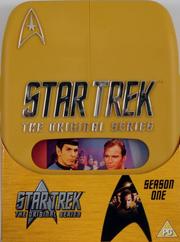 What’s the show about?
Captain Kirk and his crew aboard the starhip Enterprise explore the unknown parts of the galaxy and have dealings with the strangest aliens such as the Klingons or Trelane.

“Where No Man Has Gone Before”
During the try of breaking through the galactic border the ships gets heavily damaged and several crewmembers get killed. But one man – Gary Mitchell, an old friend of Kirk’s – was somehow altered. The question remains if whether he is now a threat to the ships security.

My Opinion
Kirk was simply a cool guy and the only man known that grows more hairs over the years instead of less. 😉 Star Trek is a cult classic and most of the episodes are still watchable. But I liked the movies more than the series. 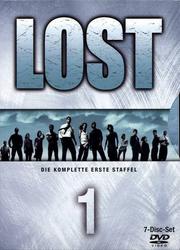 What’s the show about?
Does anyone really know that? Officially it’s about the survivors of a plane crash who are stranded on a very strange island that is inhabited by even stranger people and “things”.

“Pilot”
Oceanic 815 from Sydney to Los Angeles gets way off course and then crashes on an island. The survivors try to get in contact with the rescue party and make theirselves as comfortable as possible until the rescue arrives…

My Opinion
It’s a very interesting show, but I have given up to figure out what the island is about, or the Others. For me it’s now a great character survey and as that it still works great. 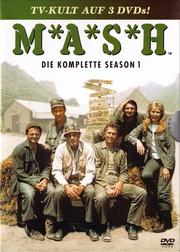 What’s the show about?
The 4077th M*A*S*H is a field hospital in the Korean War. The inhabitants of that hospital are a wild bunch of crazy people but they are also the best doctors and nurses on the front.

What happened before?
The series is based upon the novel MASH: A Novel About Three Army Doctors and the 1970 movie MASH but there’s no necessity to have read / seen this before.

“Mobile Army Surgical Hospital”
“Hawkeye” and “Trapper” have the plan to send the local boy Ho-Jon to medical school in the United States. For this they have to raise $1,000 by doing a lottery…

My Opinion
M*A*S*H is a great show, always good balanced between fun and seriousness. 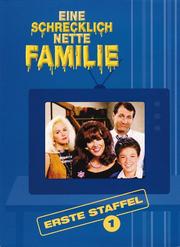 What’s the show about?
Al Bundy sells (sometimes) women shoes. Peggy Bundy is a “housewive”. They live together with their two children and lead a “normal” suburban life.

“Pilot”
The Bundys have got new neighbors: the Rhodes and Peggy decides to invite them over on the evening Al wanted to go to a basketball game.

My Opinion
Married With Children was a good show for its time, but I wouldn’t watch it nowadays. I learned that lesson after I bought the first season. 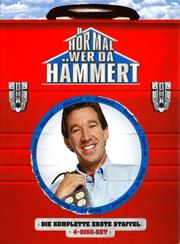 What’s the show about?
It’s about the life of Tim and Jill Taylor and their three children: Brad, Randy and Mark. Additionally it’s about Tim’s TV show “Tool Time”. Tim stubles often into bad situations with his wife, because he’s a bit insensible, but gets always rescued by the advice of his neighbor.

“Pilot”
Jill has a job interview and begs her husband not to touch the new dishwasher. But he does what he always does: he tries to improve it and blows it apart in the process.

My Opinion
Tim gives me always a good laugh. But it’s another show where I can’t watch too many episodes at once. 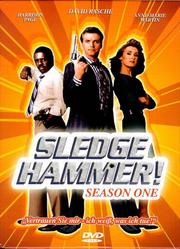 What’s the show about?
Sledge Hammer is a trigger-happy cop who solves his cases by shooting at everything and talks to his Magnum which he calls “Susie”.

“Under the Gun”
After the mayor’s daughter is kidnapped Hammer’s suspension is lifted. On his way to work he shoots a Bazooka into a building that has a sharpshooter on his roof. After this happy incidident his day clouds a bit because he gets a partner assigned: a woman, Dori Doreau.

My Opinion
That is one crazy cop, but trust him, he knows what he’s doing!