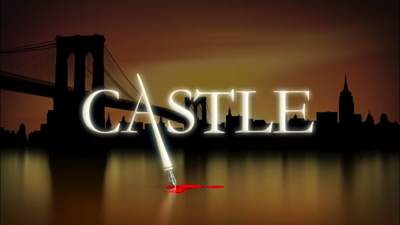 Richard Castle is a successful bestseller author who just killed his main character in the last book. But now he has a writer’s blockage and isn’t able to write anymore. But then a copycat killer shows up who kills his victims in the fashion people were killed in Castle’s books. The New York police asks him to assist in the case and he agrees. He works with Detective Beckett und he begins to taste blood. He wants to make her his role model for his next character. She is not amused – but he’s buddy with the mayor.

I am normally not into cop shows (anymore), especially if they are of the run-of-the-mill kind. But this feels like a modern day version of Murder She Wrote and I loved that show. And Nathan Fillion (Firefly, Dr. Horrible’s Sing-Along Blog) makes a great author and Stana Katic is good at being annoyed of him. Sometimes when she smiles he looks a bit like Sarah Clarke (Nina Meyers from 24) – not that this is a bad thing, just noticing. The premise also reminds me a bit of The Hard Way, but that isn’t bad either, since I liked that movie, too.