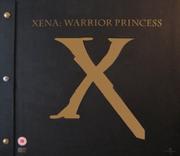 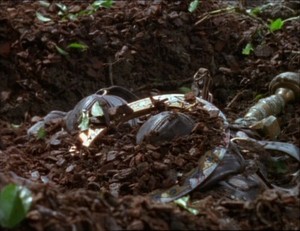 Synopsis: Xena has left her old ways behind and even intends to bury her weapons and armor when she “encounters” a group of mercenaries who try to kidnap a group of young women from a nearby village. The mercenaries belong to Draco, an old acquaintance of Xena’s who plans to march into Xena’s home valley. She has to protect her home village and at the same time that young girl who’s now following her: Gabrielle.

My Opinion: If you already know the character from the Hercules episodes then you have no problem understanding this pilot episode. If you don’t then the writers gave you a glimpse into her old life by using Draco as proxy since it is made clear that Xena was much like him. And it’s also a good introduction to Gabrielle and her greatest talent: Her mouth. Xena wears now her final costume which changed slightly during and after the Hercules episodes. I think it’s a good introduction to the show. 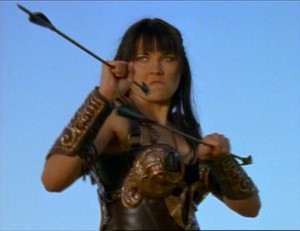 Synopsis: Xena gets shot by an arrow when she tries to help some villagers who were under attack by a local warlord. One of the villagers invites her to his house until she’s healed. Meanwhile Gabrielle waits in another town for her return and makes the acquaintance of a young man who happens to be the son of said warlord and is supposed to become his father’s successor.

My Opinion: Sometimes this show is a bit clichéd. For example you can always tell the absolute bad guys by their deliberately ugly teeth. But that doesn’t mean that nice teeth indicate a good person, it just indicates a main character for the episode. 😉 And while the warlord has quite a number of scars, his son is pretty good looking (with blue eyes and all).
I liked it that they expanded on Gabrielle’s character trait to let her talking be her greatest strength/weapon. 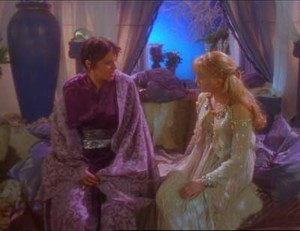 Synopsis: Gabrielle gets kidnapped by a group of Mystics who want to marry her to the God of Dreams, Morpheus. For this she has to lose her blood innocence and has to kill a man (but she doesn’t know that). In order to save her, Xena has to enter the Dreamscape where she not only encounters the people she killed but also her old self.

My Opinion: “You look bigger”. 😀 I really liked it how Gabrielle got rid of her enemies without killing a single one of them and I liked it how Xena faced her old self and came to the acceptance that she is part of her and always will be. And I love these contact lenses(?) that colour the entire eye totally black. That looks awesome every time someone wears them (e.g. Lyta Alexander in Babylon 5). 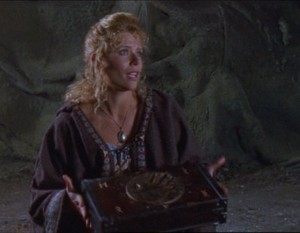 Synopsis: Xena and Gabrielle find an abandoned baby that has become victim of a prophecy that says that the child will one day sit on the throne of the local kingdom. But they also encounter the granddaughter of the famous Pandora and she’s carrying the box and has to prevent hope from escaping out of it.

My Opinion: As I said in the beginning, I like the mixture of mythologies they are brewing here. I don’t have a problem with them being at Troy one week and meeting Cesar the next. And so they encounter Pandora (named after her grandmother) and her box this week. And Lucy Lawless (what a name! 😉 ) danced a beautiful oriental dance…