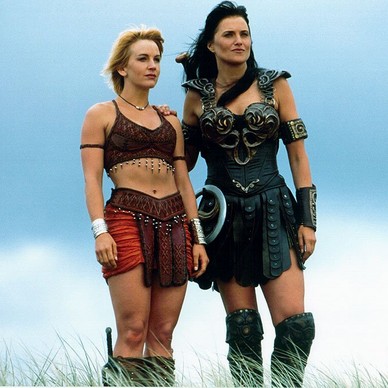 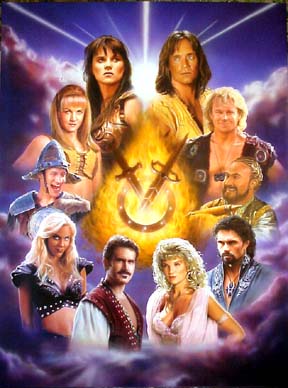 Every story has a beginning and the beginning of this story I will tell you now: 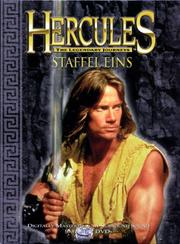 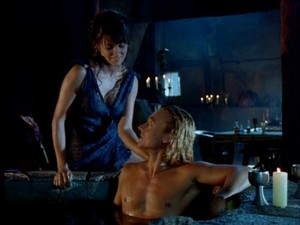 Synopsis: Xena is a fearsome warlord who raids defenceless villages. And as basically every warlord of that time she wants to slay the son of Zeus: Hercules. But first she has to break him. And what better way is there than to seduce his best friend Iolaus and let them turn against each other?

My Opinion: I have to admit, the only one who really convinced me here, was Xena. Neither Hercules nor Iolaus behaved liked you would expect them to. They’ve travelled so much together, fought side by side and back to back. And suddenly Iolaus believes her more than he does believe him and even challenges him to the death? Unlikely. 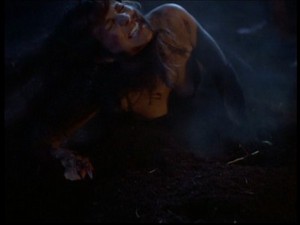 Synopsis: Xena has raised a new army but unfortunately her soldiers don’t follow her code of honour. In her absence they raid a village without warning and kill every man, woman and child in it (except for the one baby she can save). Her second-in-command, Darphus, sees this as a weakness and starts a mutiny. He puts her through the gauntlet, a ritual that nobody has ever survived – until now. Now she wants revenge and she gets help in the form of Hercules who wants to stop this army, too.

My Opinion: Here they started to build up the character for her own series and except for her sudden fondness for Hercules in the end there was nothing that contradicts with her former appearance. I liked how they changed her character because she’s already much more like the Xena I know and love. But Salmoneus was also great. Both shows have a good number of supporting characters that act as comic relief and Salmoneus is one of them. 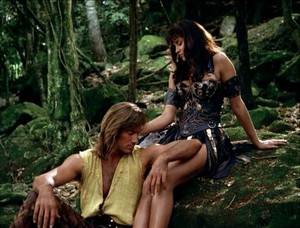 Synopsis: Ares, God of War, has resurrected Darphus and has given him his favourite “pet”. Xena and Hercules decide to stop him once and for all, but they are not alone. Salmoneus is still with them, even if he’s not the bravest of guys. And Iolaus is also joining them, despite his and Xena’s history.

My Opinion: If you watch the show you have to admit that the effects have never been the best or even slightly realistic. But if you can look past this then it’s really enjoyable. It makes it up with interesting characters, cool stories and a nice potpourri of Greek, Roman, Christian and whatnot mythology.