The time I spend reading books is getting ever shorter (which is mostly due to my extensive TV consumption). But now I’ve finally managed to read three books again: 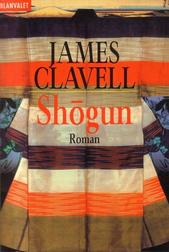 This one I read because (surprise!) of the TV series of the same name with Richard Chamberlain in the main role.

The novel takes place at the dawn of the 17th Century in Japan. Captain-Pilot John Blackthorne has landed/stranded with his ship, the Erasmus, there and now has to find a place within the Japanese Samurai society. And the few Europeans don’t make it any easier for he is a Protestant Englishman and they are Catholic Spaniards and Portuguese…

What surprised me the most was the fact that the series stayed very close to the book – most of the time these two drift apart. Still the book was way more detailed and can provide a view that a movie/series can only to a certain extend: To give a view directly into the heads of the characters and thus a better understanding what their motivation and drive is.

The book is relatively large with its 1226 pages (in German) but since I managed to read 350 pages on Saturday before last I can assure you that it’s very readable – even though you might need a list of the different characters, otherwise you might find yourself in the position of asking yourself “Who was Kiributso-san again?”.

To get a deeper understanding of the characters is also the reason why I read novelizations from time to time. Most often they are just a summarization of what you’ve already seen on the screen.
But they also contain scenes which weren’t shot after all or which were cut in the editing room. And by being a book they can use a narrative style that wouldn’t work on the screen.

That’s the reason I bought these four books: Total cost: 1.81€ (plus 12€ shipping) – I love Amazon Marketplace when it comes to English books. 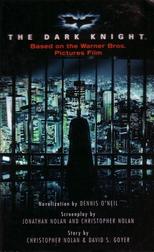 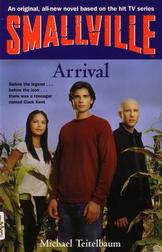 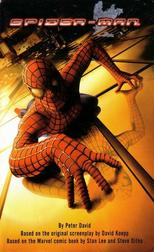 I’ve already read Smallville: Arrival which is based on the pilot episode and is way more detailed in the time between Clark’s landing and the start of the now-timeline. As it happens to have only 147 pages you can read it nearly as fast as you can watch the pilot…

Then I’ve read Batman Begins which is unfortunately very script-based. Granted the time between him leaving Gotham and the destruction of the Monastery is more detailed and they managed to explain Ra’s al Ghul’s motivation better, but as soon as the book covers movie scenes it’s only a narration of what happened on the screen.

For the bathtub it’s still OK.

A really good novelization is Babylon 5: In the Beginning, written by Peter David – who also wrote many Star Trek novels (which is the reason I have hope for the Spider-Man novelization written by him). And that’s the book I’m currently reading: 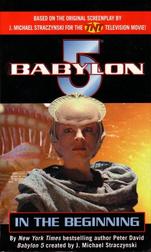