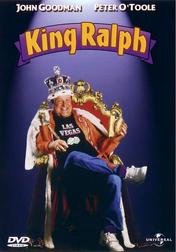 Synopsis: After the entire Royal Family has been wiped out, England needs a new king and they find him – in America. Ralph is not what one would call born to be a representative of a nation but he has to do since there’s no one else – or is there? The parliament could decide to end the Windham line and re-establish the Stuarts as the royal line again. And Lord Graves – the next in line – does everything in his might to make this happen.

My Opinion: After watching so many Doctor Who episodes I wanted to watch the movie where I saw Jackie Tyler (Camille Coduri) for the first time again.
It’s not that good a movie but I still enjoy it very much mainly because it’s true what Cedric says in the end: Ralph is a good and decent man and he does what is right.
This movie has many funny scenes and still manages to not really mock the British monarchy.

Afterwards, I listened to this quite a few times: 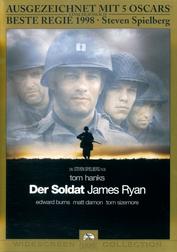 Synopsis: Normandy, June, 1944. Captain Miller and his men have just survived the landing of the allied forces in France when they get another mission: To find Private Ryan who is with the 101st Airborne and has landed somewhere in the middle of the ongoing battles. Private Ryan has lost his three brothers in this war and it was decided that at least one of the Ryan brothers should return home alive. But he is not an easy man to find.

My Opinion: A very impressive movie. What makes this movie watch-worthy for me are not the big battle scenes. Those I watch with a rather analytical eye and am somewhat disconnected. What gets to me are the scenes in between, when they just sit somewhere and talk, or when Miller silently cries after the fight at the radar station, or in the end when Ryan asks if he has been a good person.

I haven’t seen this movie in quite some time (It’s not a movie one puts in lightly) and I noticed how many faces have become familiar since then: Giovanni Ribisi, Vin Diesel, Nathan Fillion (I had to look twice to recognise him!) and even Jeremy Davies (Daniel Faraday in LOST) – that last one I didn’t even recognise, he just looked familiar until I looked him up.